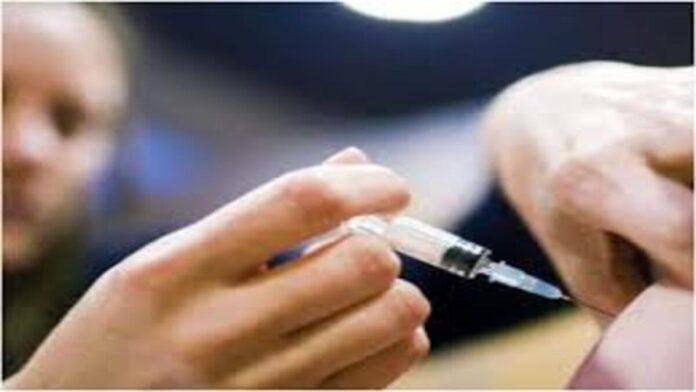 The first indigenous qHPV vaccine has been created by the Serum Institute of India, which has its headquarters in Pune, in collaboration with the Indian government’s Department of Biotechnology.
Hope grows as the nation introduces its first locally produced quadrivalent human papilloma virus (HPV) vaccination to prevent cervical cancer, which claims one life every eight minutes. This is a significant turning point for women’s health, according to Dr. Rajesh Gokhale, Secretary, DBT, Government of India, and Chairperson Biotechnology Industry Research Assistance Council BIRAC. The qHPV vaccination CERVAVAC has shown a strong antibody response against all targeted HPV types in both dose and age groups that is almost 1,000 times higher than the baseline.

The creator of the qHPV vaccine? What will the dosage look like? Which vaccinations are now available?

The first indigenous qHPV vaccine has been created by the Serum Institute of India, which has its headquarters in Pune, in collaboration with the Indian government’s Department of Biotechnology. Two to three doses of HPV vaccination are administered. Age of the beneficiary is another factor. Up till now, international firms have sold HPV vaccines costing between Rs 2000 to Rs 3,500 every dose. Under the direction of the mission mode program’s then-secretary M K Bhan, DBT carried out the project in 2011. Since then, 30 scientific advisory group meetings and site visits carried out by DBT have assisted in reviewing the scientific merit of the entire process of vaccine development. This year, DCGI granted it market authorization.

How common is cervical cancer in India?

With 1.23 lakh instances and over 67,000 fatalities per year, India is responsible for almost a fifth of the world’s cervical cancer cases. A typical sexually transmitted infection is cervical cancer. The greatest risk factor for cervical cancer is persistent HPV infection. According to the International Agency for Research on Cancer of the WHO, cervical cancer is the second most prevalent type of cancer worldwide. But if the illness is caught early and treated well, it can be avoided.

What problems does the vaccination campaign face?

The allocation of sufficient financial resources and staff for immunising adolescent girls between the ages of nine and fifteen will present challenges. There is a critical need to increase public knowledge of the disease and the vaccination, according to Dr. Smita Joshi, the principal investigator for the HPV vaccine research at Serum Institute of India, one of the nation’s 12 multi-centric sites. Contrary to Covid and the vaccine campaign, relatively little is known about cervical cancer. It is alarming that there is such a low level of community awareness and screening. A significant awareness campaign is needed because this illness is avoidable, according to Dr. Joshi. SII has committed doses, but it’s also critical to take into account the enormous number of females between the ages of 9 and 15.

What should we do next?

Additionally, experts have stated that vaccination programmes offered in schools will be successful. There aren’t any school-based vaccination programmes currently, so planning will need to be done in that direction, according to Dr. Joshi. At schools supported by the government, those who have access to public health programmes will receive the vaccine free of charge. However, to ensure the participation of commercial healthcare facilities and NGOs in an efficient rollout, concerted measures would need to be made.