Hibatullah Akhundzada To Be The Supreme Leader Of New Afghan Government, Confirms Taliban 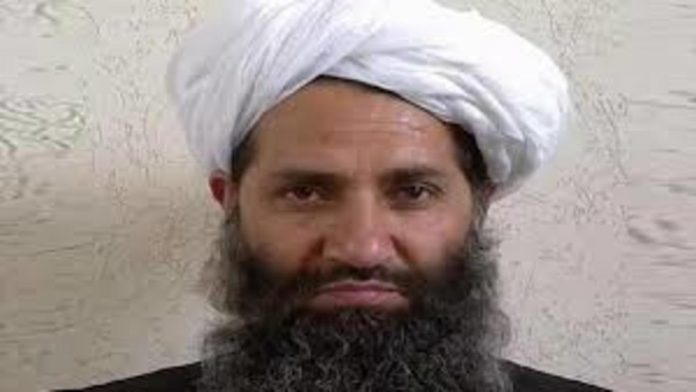 After taking control of Afghanistan’s Kabul, Taliban has now confirmed that Hebatullah Akhundzada will be supreme leader of new Afghan government. A member from Taliban’s cultural commission told a news agency that consultations for the new government have been done and needed discussions were also made.

“The Islamic government that we will announce will be a … model for the people. There is no doubt about the presence of the Commander of the Faithful (Akhunzada) in the government. He will be the leader of the government and there should be no question on this,” he told media.

According to the report Taliban will either appoint a Prime Minister or a President who will work under Akhundzada.

Taliban has likewise appointed police chiefs and governors for the districts and provinces in Afghanistan.

Meanwhile, decisions regarding Afghanistan’s national anthem, new national flag are still pending.
The report also says that the Taliban’s government will follow Iranian model, where the appointed supreme leader will be above the Prime Minister or President.

However, a top US General has said that Taliban continues to be a “ruthless group” and it remains to know whether the organisation has changed or not.
“We don’t know what the future of the Taliban is, but I can tell you from personal experience that this is a ruthless group from the past, and whether or not they change remains to be seen,” said Joint US Chiefs Of Staff Chairman General Mark Milley.

“And as far as our dealings with them at that airfield or in the past year or so, in war, you do what you must in order to reduce risk to the mission and force, not what you necessarily want to do,” he further said.

The 25-day Winter Session of Parliament will begin today, with 36 proposals anticipated to be passed, including one to repeal the agriculture laws. The...
Read more
In Focus

India is going to hit crisis, which is "a matter of huge concern" for those having confidence in the democracy spirit, Prime Minister Narendra...
Read more
- Advertisement -