Next door, arch-rival India began one of the world's biggest inoculation drives against the disease in mid-January. The vaccine powerhouse - India makes about 60% of vaccines globally - has also begun shipping millions of free doses to friendly neighbours in the region, in what is being described as "vaccine diplomacy". 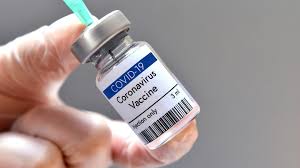 Unsurprisingly, Pakistan is not a recipient. The two nuclear-armed rivals have fought three wars since gaining independence from Britain in 1947, with the last war between them taking place in 1971. They came to the brink of war in 2019 over the disputed territory of Kashmir.

Pakistan plans to inoculate at least 70% of its 220 million people against Covid free of cost. Regulators have given emergency use approval for three candidates – the Oxford-AstraZeneca vaccine, the China-made Sinopharm and Russian-developed Sputnik V. Another China-made vaccine CanSino Biologics is in final clinical trials in Pakistan. The country has recorded more than 530,000 infections, and 11,514 deaths from the infection so far.

For starters, China has pledged to donate 500,000 doses of the Sinopharm to Pakistan, and the first batches are expected to arrive at the weekend. “This is nothing. We will need a lot more vaccines,” Usman Ghani of Sindh Medical Stores, a leading Karachi-based importer of vaccines, told me.

To be sure, Pakistan will try to source doses from all over the world, including through the World Health Organisation or WHO’s ambitious scheme, Covax, that works towards the development, purchase and delivery of vaccines to more than 180 countries. But there are fears that richer countries could hoard jabs at the expense of poorer ones. That is where India could play a key role in ensuring that its neighbour is not starved of vaccines.

Despite the fraught relations, pharmaceutical trade between the two countries has been stable. In 2018, Pakistan’s pharma imports from India were estimated at more than $62m (£45m). Some 60-70% of active ingredients contained in medicines sold in Pakistan are imported from India.

More importantly, almost 90% of vaccines administered in Pakistan come from India, according to Mr Ghani. Indian vaccines, he adds, are “world-class, affordable and shipping is easy”. Most of these vaccines are distributed through Pakistan’s state-funded immunisation programme which targets 14 million new-borns and pregnant women every year. The children are given jabs against 10 diseases while mothers are inoculated against tetanus.

Mr Ghani believes Pakistan will get vaccines from India in the near future. India’s drug regulator has given the green light to Covishield (the local name for the Oxford-AstraZeneca vaccine developed in the UK) and Covaxin, locally made by pharma company Bharat Biotech. “India already has got so many vaccine orders from all over the world. We have cordial relations with vaccine makers across the border. We will try our best to get supplies, but it will take time,” Mr Ghani says.

An Indian foreign ministry spokesman has said he was not “aware of any request for India-made vaccines” from Pakistan. Many believe it is a question of time when India begins supplying doses. “We will harm ourselves if we don’t cooperate on vaccines,” says Mr Ghani.

Meanwhile, Delhi is steaming ahead with its “vaccine diplomacy”.

Last year, senior diplomats of a number of countries were taken on trips to four vaccine makers across the country. This month, India began shipping early free doses to Bhutan, Maldives, Bangladesh, Nepal, Myanmar, Seychelles, Sri Lanka and Bahrain. Commercial supplies have begun to Brazil and Morocco. Countries have appealed to India to lift export controls and provide vaccines at government-facilitated affordable prices. India, a foreign ministry official told me, plans to do it “case by case” after assessing local production and demand.

Serum Institute of India – the world’s largest vaccine maker which is making its vaccine called Covishield in India – has pledged to deliver up to 200 million doses to low and middle-income countries before the end of 2021. More than 20 countries in Asia, Africa and Europe are “highly interested” in Covaxin, a spokesperson for Bharat Biotech said. “There’s huge international demand for our vaccines,” Foreign Secretary Harsh Shringla told Bloomberg TV recently.

Many believe India’s vaccine diplomacy is a counter to growing Chinese influence in the region. “India’s vaccine diplomacy puts it in direct competition with China – which has made no secret that vaccine distribution is wrapped up in its broader geopolitical ambitions. In fact, it has even explicitly included vaccine distribution in its broader Health Silk Road initiative, which aims to bolster China’s international soft power,” note Harsh Pant and Aarshi Tirkey, researchers at Delhi-based think tank Observer Research Foundation (ORF), in a paper.

China’s state-affiliated Global Times has run stories on how Indians in China have been “embracing” Chinese vaccines, and that India faces challenges in supplying vaccines to the world. Earlier this week, Chinese Foreign Ministry spokesman Zhao Lijian downplayed this, saying there was no vaccine competition between the countries. “On this issue, there should not be vicious competition, and certainly not confrontation,” Mr Zhao told reporters.