The document shared by her was named as, ‘Global Farmer Strike First Wave’, calls on individuals across the world to be a part of the ‘largest protest’ in human history. 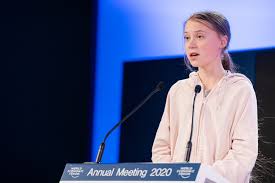 She shared a document over her social media which is said be to containing the information on how people all around the globe can contribute to undermine the three farm reforms passed by the Indian Parliament in the month of September.

The document shared by her was named as, ‘Global Farmer Strike First Wave’, calls on individuals across the world to be a part of the ‘largest protest’ in human history. That apparently aims at protesting against the ‘unregulated corporatisation’ of the farming sector.

The document registers actions people can take to undermine the democratic will of the Indian population. The proposed measures include, “Call/Email any of your govt representatives and ask them to take action, Sign online Petitions and take action to Divest from monopolists and oligopolists like Adani-Ambani” and “Organise an on-ground action near the closest Indian Embassy, Media House or your local Govt. office on 13

The document also lists a series of ‘prior actions’ that were undertaken. These include, “Physical Actions – Near Indian Embassies, Govt. offices, Media houses (or even Adani-Ambani offices) globally – 26th January” and “Watch out for (or Join) the Farmers’ March / Parade (a first of its kind) into Delhi and back to the borders on 26th January.”

About the protests on Republic Day, the document, which was clearly prepared before the 26th of January, states, “On 26th January, a major day of globally coordinated actions, Show your support at local physical locations, wherever you are. Either find protests happening in your city/state/country and participate in large (or small) numbers or organize one.”

“In addition to the options below, you are encouraged to organise solidarity protests either at/near Indian Embassies, near your local Govt. offices or offices of various multinational Adani and Ambani companies. While we are focusing on the 26th, you are encouraged to continue organising gatherings as and when possible – for this is not going to end anytime soon,” it added.

The document also urges individuals to participate in a ‘Global TweetStorm’ on the 23rd and 26th of January. It is pertinent to mention that the 23rd of January marks the birth anniversary of legendary Indian freedom fighter Netaji Subhash Chandra Bose.

The document also asked people to sign certain petitions in the matter. It also made clear that it included some hostility to incite disharmony in India. What is clear from the document is that there was a coordinated attempt by hostile elements abroad to incite unrest in India all along. However, it is still unclear that when these coordinated efforts actually started but it is sure that they started before 23 January 2021.