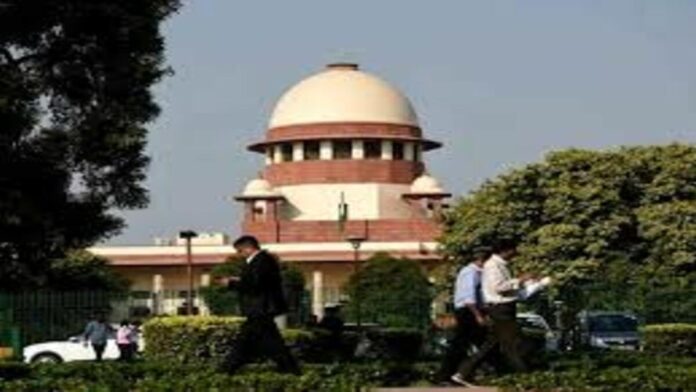 The government has reportedly rejected 19 of the 21 recommendations made by the Supreme Court Collegium for the appointment of judges to the High Court, setting the stage for a dispute with the judiciary over judge appointments.

It is known that the suggestions were given back before the Supreme Court’s November 28 hearing on judicial selections. These include 9 names that remained pending after the initial recommendation and 10 names that were still pending after being reiterated by the Collegium.

Union Law Minister Kiren Rijiju announced the acceptance of two suggestions in a tweet on Tuesday.

These are for the appointment of lawyers Milind Manohar Sathaye and Santosh Govind Chapalgaonkar to the Bombay High Court as judges. On September 12, the Collegium had suggested their names.

The Collegium’s recommendation of Justice Dipankar Datta, Chief Justice of the Bombay High Court, as a Supreme Court justice is still pending with the government as of September 26.

A two-judge Supreme Court panel led by Justice Sanjay Kishan Kaul had earlier on November 11 sent a “simple notice” to the Ministry of Law and Justice’s Justice Secretary and Additional Secretary (Administration and Appointments), asking them to explain by November 28 why the government was taking so long to act on the Collegium’s recommendations.

Justice Kaul, the second-most senior Supreme Court justice, is a member of the Collegium under the leadership of Chief Justice of India D Y Chandrachud.

Typically, if a decision has been restated, the government is required to accept the Collegium’s recommendation. Although the Memorandum of Procedure (MoP) makes no mention of repeating the Collegium’s recommendations, it does state that “the Union Minister of Law, Justice and Company Affairs would then put up the recommendation of the Chief Justice of India to the Prime Minister who will advise the President in the matter of appointment as soon as possible, preferably within 3 weeks.”

The Supreme Court’s interpretations of constitutional provisions in the Second Judges Case (Supreme Court Advocates-on-Record Association v. Union of India, 1993) and the Third Judges Case (President K R Narayanan’s 1998 presidential reference to the Supreme Court regarding the meaning of the term “consultation” under Article 143 of the Constitution) led to the development of the Collegium system.

According to the Third Judges Case, the Chief Justice of India and his four most senior colleagues should make the recommendation rather than just two people. Additionally, it was decided that Supreme Court justices, who were originally from the High Court whose name was being proposed, should be consulted.