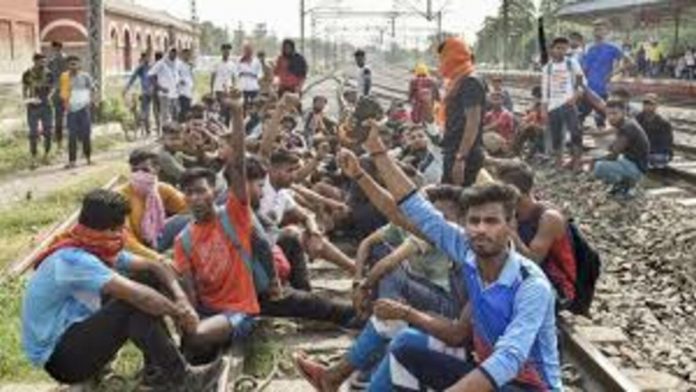 After massive protests in many states against the newly launched Agnipath scheme, the central government late on Thursday night raised the age limit from 21 to 23 for recruiting candidates as one-time waiver.

Along with the age limit, the government also asserted that it will increase the intake in armed forces around triple of the current recruitment with many opportunities opened for those who will demobilised after completion of tenure of four-years

“Consequent to the commencement of the Agnipath scheme, the entry age for all new recruits in the armed forces was fixed as 17.5 to 21 years of age,” said Defence Ministry in its statement.

The government also mentioned that this one-time waiver will only be allowed for the recruitment in 2022 cycle as there were no rallies conducted for last two years. Around 46,000 Agniveers will be inducted this year.

The scheme’s age restriction of 17.5 to 21 years, no pension and ex-servicemen benefits and just 46,000 intake in Army, Navy and Airforce and that too for four years had led massive protests in various states of the country including Uttar Pradesh, Madhya Pradesh, Bihar, Rajasthan, Uttarakhand and Punjab.

The 12-lakh Army alone used to intake more than 50,000 soldiers every year and when the last recruitment rallies were held in 2019-2020 it even touched 80,572 mark. However, Army did not conduct any rallies for last two years but both IAF and Navy inducted 13,032 airmen and 8,269 sailors respectively in last two years.

On Wednesday the Army vice-chief Lt-General BS Raju while speaking to media said that his force would increase the yearly recruitment from 40,000 Agniveers this year to 1.2 lakh by the seventh or eighth year and afterward 1.6 lakh by the 10th or 11th year under the Agnipath scheme. The inevitable point is to have a 50:50 proportion of normal framework soldiers and Agniveers.

In its “Myths vs Facts” document released on Thursday, the government said it was a myth that Agniveers’ future will be ruined and the future of those 75% of every batch who will be demobilised will also be insecure.

“For those wishing to be entrepreneurs, they will get a financial package (Seva Nidhi exit package of Rs 11.71 lakh) and bank loan schemes,” said a government official.

Rejecting the widely held concerns that the thousands of trained youth who will be demobilised every year will lead to the militarisation of society, the government in its document said, “This is an insult to the ethos and values of the Indian armed forces. Youngsters who have worn the uniform for four years will remain committed to the country for rest of their lives. Even now thousands retire from armed forces but there have not been any instances of them joining anti-national forces”.

It was also criticised that the intake of Agniveers will affect the operational capabilities of the armed forces, to which the document said,

“Such short term enlistment system exists in most countries and hence is already tested out and considered best practice for youthful and agile Army.”

“The numbers of Agniveers to be recruited in the first year would only make up 3% of the armed forces. Additionally, the performance of the Agniveers will be tested before re-induction in the Army after four years. Hence, Army will get the tested and tried personnel for supervisory ranks,” it also said.