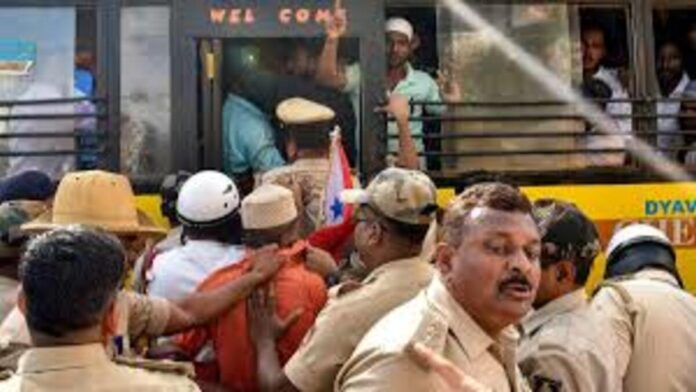 Following multiple raids and arrests of more than 240 members from Popular Front of India, the centre on Tuesday evening banned the outfit for five years citing terrorism.

In its notice, the government with immediate effect termed the PFI and its all affiliations as “unlawful association” under the Unlawful Activities (Prevention) Act.

The government in its notice also mentioned that the PFI and its associates were “prejudicial to the integrity, sovereignty and security of the country” and they have the potential to disturb communal harmony and tranquility.

“PFI and its associates or affiliates or fronts operate openly as a socio-economic, educational and political organisation but, they have been pursuing a secret agenda to radicalise a particular section of the society,” the government notice further said.

The first round of raids were conducted at the premises linked to PFI on September 22, by the joint collaboration of National Investigating Agency (NIA), Enforcement Directorate (ED) and the different state police in many states across the country.

The second round of raids were conducted on Tuesday with total 247 new arrests. In first round the arrests were made over 100.