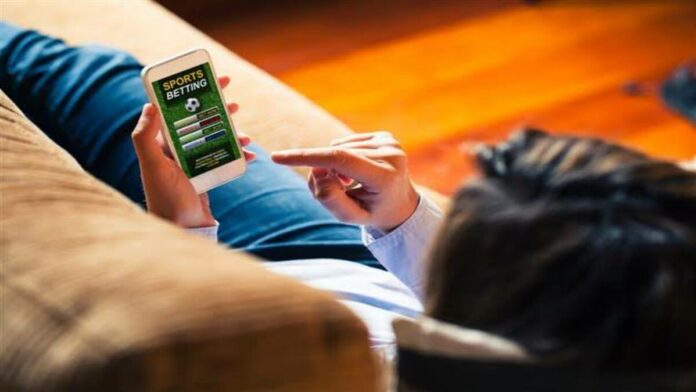 The ministry of information and broadcasting requested that over-the-top (OTT) platforms, digital news publishers, and private television channels abstain from airing surrogate advertisements for online betting sites on Monday because they pose a serious financial and socioeconomic danger to viewers.

The ministry issued a warning that surrogate news websites are being used by offshore betting firms to advertise on social media, and that these surrogate sites’ logos are very similar to those of betting platforms. It also stated that no Indian legal authority has registered either the betting platforms or the news websites. According to the ministry’s advisory notes, violating the advice will result in legal consequences.

The ministry requested that online betting platform advertisements not be run in newspapers, private TV stations, or digital news outlets in a June recommendation. The ministry became aware that various sports channels on television and OTT platforms have recently started airing commercials for offshore online betting sites as well as their dummy news websites, the statement read.

The I&B ministry claimed that websites including Fairplay, PariMatch, Betway, Wolf 777, and 1xBet promote betting and gambling under the guise of journalism. The department of consumer affairs provided a list of online betting sites, including news websites and specialized sports blogs, that were utilizing news as substitute advertising.

It stated that because gambling and betting are prohibited in the majority of the nation’s jurisdictions, so are the advertisements for betting sites and their proxies. According to the ministry, the advisory were issued in accordance with the requirements of the Consumer Protection Act 2019, Cable TV Network Regulation Act, 1995, and IT Rules, 2021. “In the wider public interest, it is not advised to promote betting or gambling through marketing, whether it be offline or online.”

Betting and its advertising are regulated by legislation in India, according to Manisha Kapoor, CEO of self-regulatory body Advertising Standards Council of India (ASCI). Such advertisements have been noticed in casual gaming apps and on cricket platforms. Broadcasters and platforms need to be mindful of the laws that apply to them since these could be illegal, she said. According to Kapoor, airing such advertisements is bad for platforms and channels that accept them as well as for customers.

“ASCI provides a set of precise rules for legal brand extensions. However, the government must intervene when a product category is forbidden in some areas of India. It is upsetting to see the advertising because a large audience, including kids, watch cricket. Given that a concrete punitive measure has been suggested, we hope the advisories serve as deterrents, she continued.

Meenakshi Menon, a communication expert and the founder of the audit and consultancy firm Spatial Access Pvt. Ltd., which specializes in marketing, claimed that the government has been tightening its noose on businesses that use surrogates in their advertising. “It appears that the government desires a piece of the action. They are utilizing the legislation to stop the entire betting and gambling industry from evading taxes. We might observe some formalization in this area over the course of the following six months, she suggested.

According to communications strategy consultant Karthik Srinivasan, the government is merely reinforcing the already-existing law when it claims that since gambling of all kinds is already prohibited in India, how is it that these companies are permitted to advertise their services simply because they are online? They appear to be attempting to gain respectability through Indian celebrities and advertising by utilizing TV news networks. It’s a step in the right direction, in my opinion. These can cause many people to lose their hard-earned money, just like the lending apps do, he added.

IPR lawyer Safir Anand stated that as the game/contest and the associated advertising are prohibited in India, offshore entities (like these) cannot participate in such activities.