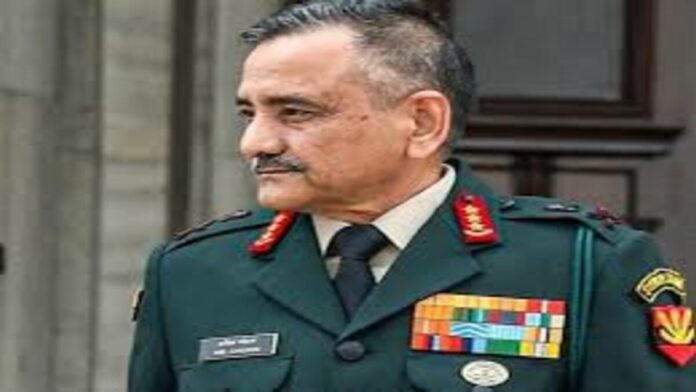 The government on Wednesday nominated Lt. Gen. Anil Chauhan (Retired), the nation’s highest military official and commander of one of the largest armed forces in the world, as the next Chief of Defence Staff, nine months after General Bipin Rawat died in a helicopter crash.

Lt. Gen. Chauhan, 61, was acting as the National Security Council’s military advisor after stepping down as Eastern Command Chief in May 2021.

He has held a number of positions throughout an almost 40-year career and has vast experience in counterinsurgency operations in Jammu & Kashmir and the North-East.

The government published a gazette notification to indicate the change in procedures for the appointment because this is the first time a retired officer has been appointed to the position.

He graduated from both the Indian Military Academy in Dehradun and the National Defense Academy in Khadakwasla.

He had led an infantry division as a Major General in the Northern Command’s Baramulla region.

He later oversaw a corps in the North East while serving as a lieutenant general. From September 2019 until his retirement from the military in May 2021, he served as the General Officer Commanding-in-Chief of the Eastern Command.

The officer was also assigned key staff roles, such as the responsibility of Director General of Military Operations, in addition to these command appointments.

Sharing his four-star rank with the heads of the Indian Army, Navy, and Air Force, he would be the senior-most uniformed officer and first among equals as Chief of Defence Staff (CDS).

With effect from the date he assumes command, Lt Gen Chauhan will also serve in the capacity of Secretary to the Government of India, Department of Military Affairs.

General Bipin Rawat passed away on December 8 of last year, leaving the position empty. He was 63 years old.

The first Chief of Defence Staff of India, General Rawat, and his wife perished when a military helicopter crashed in Tamil Nadu, killing all 13 people on board. An Air Force Group Captain who was the sole survivor eventually passed away from serious burns.

General Rawat, a renowned general, was personally chosen by Prime Minister Narendra Modi to serve as CDS in late 2019 with the goal of reorganizing India’s army, air force, and navy into a unified, modern force with American-style joint theater commands. He assumed leadership in January 2020.

The CDS is the senior-most bureaucrat in the Defence Ministry’s four main departments and serves as the government’s sole point of contact for receiving military advice.

The appointment comes as the government works hard to encourage indigenous production of defense equipment.

supjav 444KING-113 Miyuki HEZ-484 A Mother And Daughter Picking Up Girls Like A Best Friend A Mother And A Daughter Who Got Excited To See It And A Mother Who Showed Up A Bikibiki Angry Cock 2 PPPE-087 The night before the wedding. - I Can't Resist The Big Tits Temptation Of My Ex-Girlfriend Who Was Her First Love Partner... I Can't Stop Cheating On You Even When It's Time For The Wedding Ceremony BBTU-047 Closed Room Big Boob Training Class Alice Kisaki 546EROFC-115 Amateur Female College Student [Limited] Mako-chan, 20 Years Old. - SEX Pies Gatsuri To An Experienced Erotic Girl Who Talks Quickly After Meeting! - !