Goa Congress Under Mutiny As 6 Members Likely To Join BJP 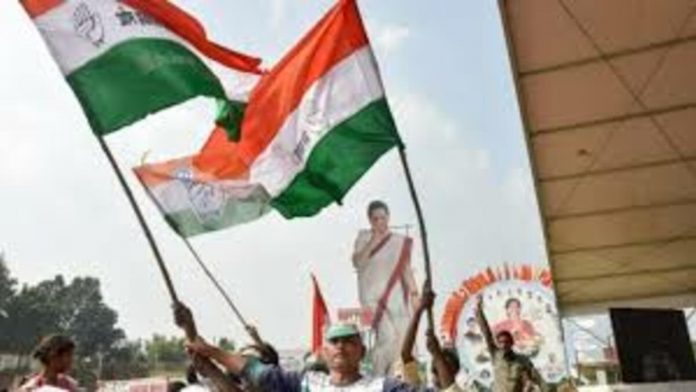 Goa Congress faces crisis after party MLAs refuted the buzz of growing rebellion, amid the reports of a few MLAs being in contact with the ruling BJP.

According to former Goa Congress Chief Girish Chodankar it is alleged that the party MLAs were offered to join BJP for ₹ 40 crore. He also said that continuous calls are being made to the Congress leaders by coal mafia and industrialists.

However, taking BJP’s stance its state president Sadanand Tanavde told media that the Congress is “making baseless allegations about the MLAs being approached and offered money”.

On Saturday, two days ahead the starting of the fourteen day Budget session, Congress held a meeting with its MLAs. Seven MLAs were available at the “courtesy meeting”, said MLA Aleixo Sequeira. But the buzz of a growing rebellion started after party’s chief ministerial nominee Digambar Kamat skipped the meeting.

According to media reports, Senior leader Michael Lobo too denied the rumours and alleged BJP of creating false scenario. “I am sitting at home. There is no truth to these talks. I am not going anywhere,” he said.

He also told media that Mr Digambar was out for a religious function but Congress’ Goa in-charge Dinesh Gundu Rao was there in the meeting.
In his allegations, Girish Chodankar claimed that three MLAs of his party were persuaded to join BJP at offer of ₹40 crore.

But later Mr Gundu Rao confirmed that there was mutiny and Digambar Kamat and Michael Lobo have planned to defect. The party in its immediate step removed Lobo as the leader of Opposition from the state assembly. However, Mr Lobo had joined Congress after quitting BJP just ahead of the state assembly polls held in February this year.

Sources said that total five MLAs were present during the party’s meeting while the six missing are likely to defect the party and join BJP. Mr Gundu said that most of the MLAs looking to defect are first-time MLAs.

The Opposition is also planning to take legal action against Michael Lobo and Digambar Kamat for conspiring against the party.

Meanwhile, responding to the rumours of mutiny, Goa Chief Minister told media, “I am the chief minister of the state and all sorts of people come to meet me for their work. MLAs meet me on a regular basis. Today it was about the Assembly session.”

“My focus is the Assembly session tomorrow [July 11] and hence many MLAs came to meet me so that things work in order. How can I comment on what’s happening in other parties? I have no idea about it,” he further said.

In the 40-seat Goa assembly, Congress has 11 MLAs while the ruling BJP has 20 — it also has support of five others that include three independents and two from MGP.

Since the BJP national general secretary CT Ravi back in May said that BJP will have 30 MLAs at the end of this year, there have been continuous speculation of Congress MLAs joining the ruling BJP in the state.