Ghulam Nabi Azad Resigns From Congress In Response To Demotion 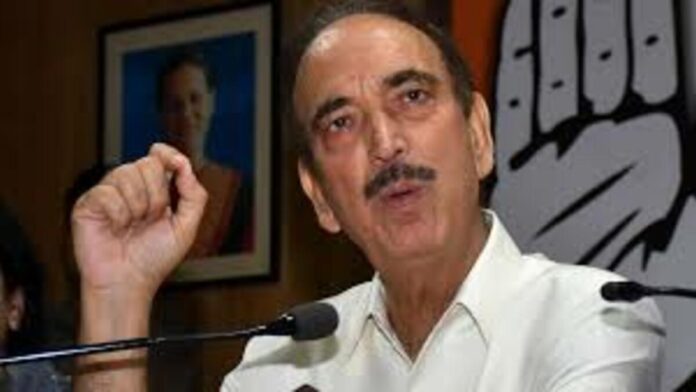 Top Congress leader Ghulam Nabi Azad has resigned from the key party post in Jammu and Kashmir, hinting a disturbance within. Shortly after he was appointed as the chairperson of the party’s campaign committee, he stepped down.

He has even stepped down from the Jammu and Kashmir’s political affairs committee.

According to the sources, the reason why Mr Azad stepped down was as he saw the appointment as a demotion because he was already a member of the party’s all-India political affairs committee.

In his career span, he has served as the chief minister of the erstwhile state, as union minister and many other important posts. He was also among the G-23 members, who in a letter to party president Sonia Gandhi sought organizational changes.

Congress had made a deep organizational shake-up in the valley and had replaced Mr Mir with Rasool Wani.

The schedule for the assembly elections will be announced later.