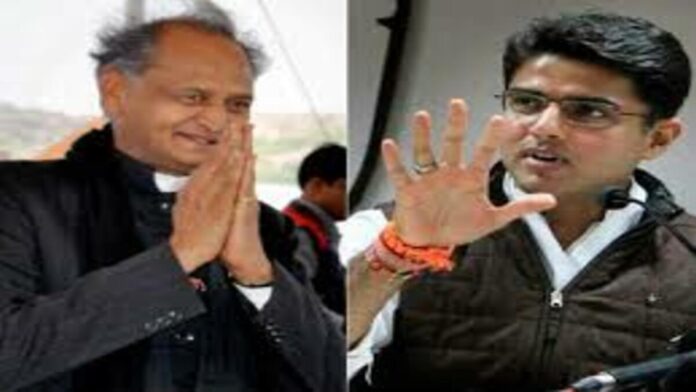 Amid Rajasthan Chief Minister Ashok Gehlot’s term in question, mode than 80 MLAs from his party resigned late night on Sunday and have submitted their resignations with the assembly Speaker CP Joshi.

Those MLAs who have resigned will now move to CM Gehlot’s residence following the submission of their resignations to the Speaker at his residence.

As per the sources in the Congress, Rahul Gandhi’s camp has acted quickly to firefight the mammoth catastrophe confronting the party. Senior party leader and MP KC Venugopal addressed Mallikarjun Kharge, who, alongside the party’s Rajasthan in-control, Ajay Maken, talked with Ashok Gehlot.

“Mere bass mein kuch nahi hain (nothing is in my hands),” said the Rajasthan Chief Minister to KC Venugopal.

Meanwhile, Congress Chief Sonia Gandhi has asked Ajay Maken and Mallikarjun Kharge to talk to each other and with all the other MLAs within the party.

“Even if it takes all night, the matter must be resolved by tonight only. And pass whatever one-line resolution you want to pass”: said the Congress High Command.

The RLD, who is an alliance partner of Rajasthan ruling Congress also asked the party do decide who will be the next Chief Minister.

“We have left no stone unturned in maintaining the alliance with respect to Rajasthan, nor will there be any changes in it today. If any new equation is formed after the election of the Congress president, then the decision about the post of chief minister in the state will also have to be taken by the Congress,” said RLD’s Jayant Singh in a tweet.

Even MLA Shobha Rani, whom the BJP had expelled after she had cross-voted in favour of Congress during the Rajya Sabha polls was also present at CP Joshi’s residence.