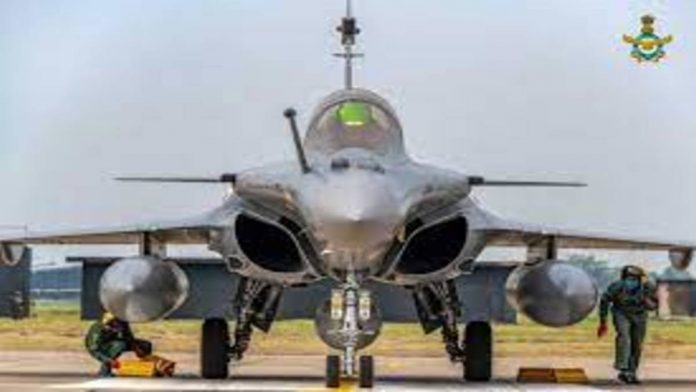 After a French news website claimed that a French judge has been selected to conduct a “highly sensitive” court examination into alleged “corruption and favouritism” in the 59,000-crore Rafale aircraft deal with India, the Congress party has requested a joint parliamentary committee investigation.

Congress spokesperson Randeep Surjewala told reporters in Delhi on Saturday that Prime Minister Narendra Modi should order an investigation. “Corruption in the Rafale deal has come out clearly now. The stand of the Congress party and Rahul Gandhi has been vindicated today after the French government ordered a probe,” Mr Surjewala said.

According to news agency AFP, France’s National Financial Prosecutors’ Office announced on Friday that it will investigate possible corruption in the sale of Rafale jets to India. This French judicial body was established in December 2013 to investigate severe financial and economic offences.

“When the French government has accepted that there is corruption in the deal, should a JPC (joint parliamentary committee) probe be not held in the country where the corruption took place?” Mr Surjewala said.

During the heated campaign for the general election in 2019, the Congress utilised allegations of corruption in the Rafale deal to attack the government. Rahul Gandhi, the party’s leader, had criticised Prime Minister Narendra Modi during his election campaigns because of the Rafale controversy.

“Three things cannot be long hidden: the sun, the moon, and the truth. – Lord Buddha,” Priyanka Gandhi tweeted, while her brother took a swipe at the Prime Minister using the hashtag “#RafaleScam”.

The newest wave of accusations by the Congress on the Rafale agreement has been labelled “lies” by the BJP. “It is hardly an exaggeration to claim that Rahul Gandhi is being utilised as a pawn by rival firms, based on his behaviour. He’s been lying about the situation since the beginning. On Saturday, BJP spokesperson Sambit Patra told reporters that he is likely operating as an agent or that a member of the Gandhi family has worked for a competitor.

Mr Patra refuted the Congress’ charges by citing a report by the Comptroller and Auditor General and a Supreme Court ruling, both of which identified no flaws in the India-France defence contract.

Dassault Aviation of France had secured a deal to provide 126 jets to India in 2012 and was in talks with Hindustan Aeronautics Limited (HAL). Later, Reliance Group took over HAL, and a new contract for 36 jets was signed. When Prime Minister Modi visited France in April 2015, he announced the purchase of 36 planes in a joint statement between India and France.