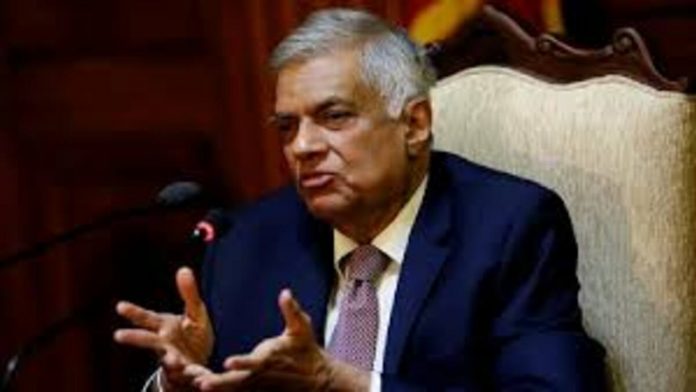 Day after Sri Lankan President Gaotabaya Rajapaksa addressed the nation amid worsening economic crisis and massive protests, on Thursday a known figure returned to handle the delicate economy and the unrest. Ranil Wickremsinghe, having one seat in the 225-member Parliament has turned out as the new Prime Minister.

Wickremesinghe has served the country for four times earlier. In October 2018, he was removed from his post by then President Maithripala Sirisena. However, the President  himself reinstalled him again.

Taking to media, the 73-year old Prime Minister said the country is going through worst crisis and it need to be freed from it.

“First step is to get into the PM office. We have an economic action plan and crucial ministers will be appointed soon. I will lift the economy,” he added.

In the mean time, Mahinda Rajapaksa, who had resigned from the post of Prime Minister on May 9, has been continuously getting calls for arrest for inciting the protests  that led to 8 people dead. Currently Mahinda Rajapaksa and his family are taking shelter in Trincomalee Naval Base.

The decision to elect former Prime Minister Ranil Wickremsinghe came after a closed door meeting with President Gotabaya Rajapaksa on May 11. As per the media office of the President, the 73-year old leader has been tasked to handle the worsening economic crisis and civil unrest in the country. He has also taken his oath of office.

The Sri Lankan court has order a travel ban on Mahinda Rajapaksa, his son Namal Rajapaksa and 15 others to conduct investigations against them for initiating a deadly attack on the protesters in Colombo. However, Namal Rajapaksa said that his father will not flee the country and will cooperate to in every investigation regarding the attack.

The political heat started when Leader of Opposition Sajith Premadasa accepted Sri Lanka president’s invitation to form his government, yet with specific circumstances. Premadasa required the resignation of Gotabaya Rajapaksa and dissolution of the leader administration two changes that will reshape the political scene of the island country.

With PM’s position being solved, the Sri Lankan Parliament then decided to conduct a No-confidence motion against the President Gotabaya Rahakasa on May 17. As per the reports, the no-confidence motion will finally be conducted out after the approval from the Parliament.

On its economic instability, the ice land nation is on the verge of bankruptcy with an acute shortage of foreign exchange. The country has no money to import anything. The country’s people have suffered with the shortages of even essentials like food, fuel, medicine and cooking gas.

These issues in sum up led to the protests by the opposition and the anti-goverment protesters to come on roads in Sri Lanka. So far, 8 peope have lost their lives and around 250 have been injured during the protests. However, the curfew has been lifted today for some time as the country moves back to normalcy.