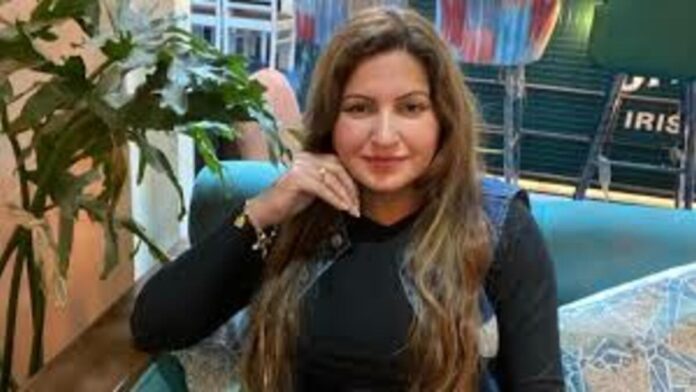 The sudden death of BJP leader and former Bigg Boss contestant Sonali Phogat was earlier said to be died due to cardiac arrest has now become a murder case.

The Goa Police on Friday revealed that Sonali Phogat was drugged and a CCTV footage from that day showed the 43 year old leader staggering inside a Pub, which has further turned it into a grave mystery.

However, two of her associates Sukhwinder Wasi and Sudhir Sangwan have already been arrested on charge of murdering her, but the reason is still unknown.

During questioning, the accused told that they had spiked Phogat’s drink with 1.5 gm of MDMA before the part and she drank it in the party, said the Goa Police.

“At 4:30 am when she was not in control, the suspect took her to the toilet and there is no explanation of what they did for two hours. The duo are arrested. The FSL team will take them to various places. The duo will be produced in court soon. Seems to be that she died under the influence of this drug,” said Omvir Singh Bishnoi, Goa Inspector General.

A senior police official however just guessed that the intension behind killing Phogat could be “economic interest” and the two of her associates were arrested to “avoid the possibility of destruction of evidence and influencing the witness”.

A CCTV footage from August 23 showed that a man – suspected to be Sangwan was taking Sonali Phogat as she was staggering and could not balance herself.

The other associate Sukheinder Wasi is also suspected to be present during the incident that was caught in the footage. The time of the footage was around 4:27 am.

After her family consented for autopsy, it was conducted on Thursday which further revealed that multiple ‘blunt injuries’ we’re found on her body.

The murder case was followed by the autopsy, which accused the two associates.