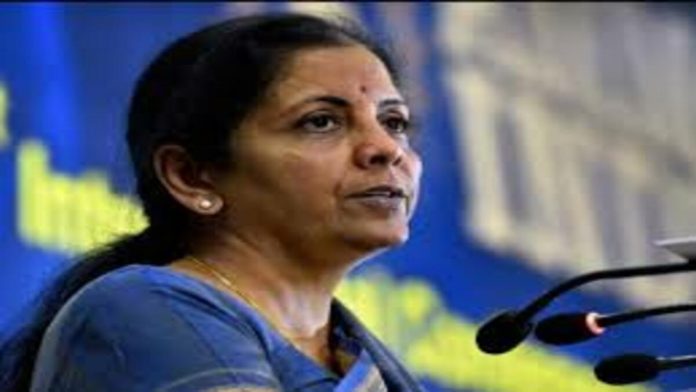 In response to Delhi Chief Minister Arvind Kejriwal’s claim that the Central government exclusively gives handouts to its business allies, Union minister Nirmala Sitharaman has called for a discussion on the topic of giveaways. She continued that Mr. Kejriwal is giving the discussion about giveaways a “perverse twist.”

“Education and healthcare have never been referred to as freebies. No Indian administration has ever objected to them. By defining health and education as freebies, Kerjiwal is attempting to instil anxiety and fear in the minds of the underprivileged. There should be a sincere discussion on this issue, “She informed the press.

“Arvind Kejriwal is purposefully presenting the argument in a flawed way. Nobody disputes the validity of providing poor people with free benefits. However, it is incorrect to categorise the loan write-offs as freebies or to claim that the corporate tax rate reduction was implemented to benefit corporations “sources reported.

The Cente has noted that the opposition does not seem to have a plan for long-term remedial measures, such as increasing employment, income, or business accessibility. Instead, the emphasis is solely on securing victories in elections and maintaining power by making generous promises.

The Centre has argued that such techniques will eventually drain the exchequer and result in the state’s bankruptcy, pointing out that in a politically competitive atmosphere, all parties will be under pressure if they lead to electoral victory.

After Arvind Kejriwal’s Aam Aadmi Party secured a sizable mandate in Punjab using the Delhi style of administration, which has given them two consecutive terms in power, the discussion about giveaways began. Free electricity and water are regarded as major draws under it.

Similar promises have been made by AAP in Gujarat, where elections are scheduled by the end of this year. Additionally, they pledged to provide benefits for the unemployed.

The discussion gained momentum after Prime Minister Narendra Modi warned against the “politics of shortcuts” and said that they may “destroy” the country while addressing at a gathering in Jharkhand last month.

According to PM Modi, freebies “won’t bring new airport or new medical college.” “How can you create roads or airports if you give stuff away for nothing?”

After the BJP responded with a “free rewari” coinage, Arvind Kejriwal retaliated by saying that corruption, not freebies, is what kills the country.

He claimed that the rewari provided by the BJP is “primarily offered to their buddies and ends up in Swiss banks,” whereas only the people are deserving of “free rewari.”

It is public money; anything you receive for free should go to the public rather than to contractors or ministers, he remarked.

“Those who advocate against free speech do it with ulterior motives. I’m advocating that a national discussion and referendum be held to determine whether or not people should have free power, water, and education “the Chief Minister of Delhi stated.