Flight Operations Hampered Due To Heavy Downpour In Delhi-NCR 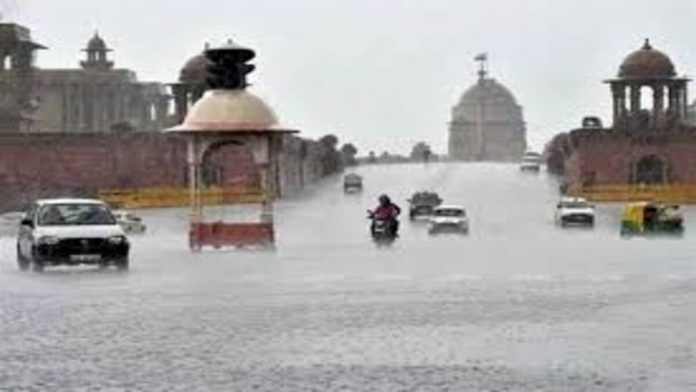 On Monday morning, heavy rain and thundershowers pelted areas of Delhi-NCR, providing much-needed relief from the heat. During the day, the Indian Meteorological Department (IMD) anticipated further showers in the national capital.

Trees were uprooted in several locations of the city as a result of the storm. Three separate cases of wall collapse have been reported in Delhi.

Dust storms and thunderstorms with light to moderate intensity rain and gusty winds of 50-80 km/h are “quite probable” to persist over Delhi-NCR and nearby areas during the next two hours, according to the weather department’s latest bulletin.

The IMD issued an impact advisory, advising people to stay inside, cover windows and doors, and avoid travel if at all possible. The dust storm and thunderstorms, it claimed, might cause damage to sensitive infrastructure.

The meteorological office predicted that Delhi would experience cloudy skies on Monday, with lowest and maximum temperatures of roughly 27 and 37 degrees Celsius, respectively.

The roof of a house under construction in Mundka fell. There were no recorded casualties.

Three persons were hurt in a similar occurrence in Moti Nagar. Three calls about wall collapses were received by the fire department.

Since the morning, the fire department has received over a hundred calls regarding tree uprooting.