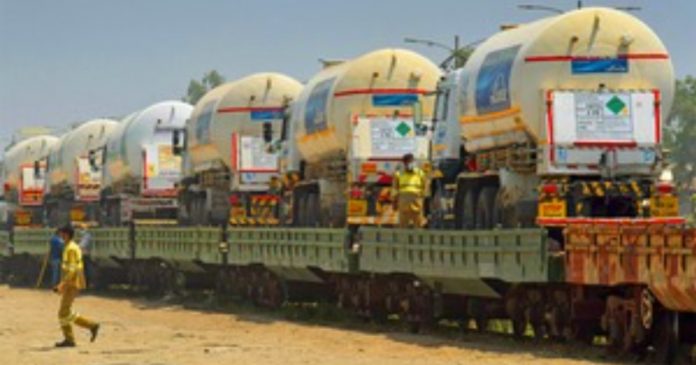 In a bid to assist the country to fight against the second wave of the coronavirus, Indian Railways is now running an ‘Oxygen Express’ transporting liquid medical oxygen from states to states.

The first ‘Oxygen Express’ that left from Rashtriya Ispat Nigam Ltd facility in Andhra Pradesh’s Visakhapatnam on April 22 had arrived at Maharashtra’s Nagpur at 8:10 pm on Friday.

The express released three tankers at the Nagpur railway station and then departed for Nashik in Maharashtra where a recent tragedy of oxygen leakage happened that killed 10 patients.

Reportedly similar trains will be running between Andhra Pradesh, Delhi and Odisha in upcoming days.

The Railways Ministry also said that a green corridor is being created for a fast and smooth movement of ‘Oxygen Express’ trains so that supply can be facilitated in bulk. And for this tankers placed on DBKM were placed at Kalamboli and at some other locations for transporting liquid medical oxygen.

“Railways continues to serve the nation in difficult times by transporting essential commodities and driving innovation to ensure the wellbeing of all citizens,” said Union Railway Minister Piyush Goyal in a tweet.

Aside from transportation of essential items like oxygen the Indian Railways has also helped in providing isolation wards by converting it’s coaches into them across the country. The Railways had taken such initiatives last year also when the country was struggling with peak during the months of August and September.