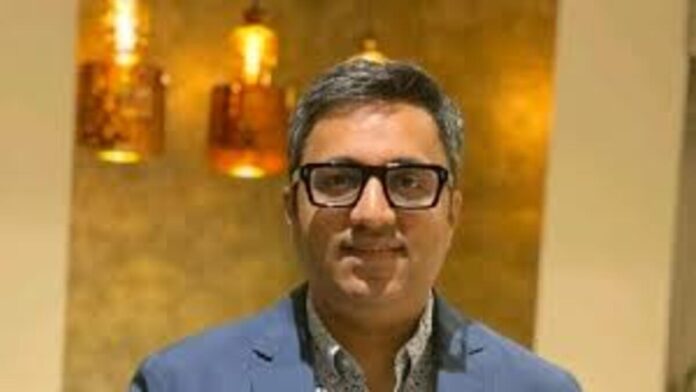 The unicorn fintech company BhartPe has filed a criminal complaint against Ashneer Grover, its former MD and co-founder, and his family, seeking up to? 88.67 crore in damages for alleged financial fraud and embezzlement. In the 2,800-page lawsuit, Grover, his wife Madhuri Jain, and other family members are accused of forging bills, hiring phoney vendors to perform services for the business, and overcharging the business for hiring. The Delhi High Court heard the civil case and the criminal charge, and sent notifications to the Grover family for a response within two weeks. The following hearing will take place on January 9.

The other defendants, including Grover’s brother-in-law, father, and brother, were also sent summonses. They could spend up to 10 years in prison if proven guilty.

Pass a decree of permanent injunction prohibiting the defendants (Grover and others) and/or anyone acting on their behalf in any way from publishing, printing, or otherwise disseminating any defamatory or disparaging statements about the plaintiff (BharatPe), its directors, or employees, as well as ordering the defendants to disclose their assets, according to the complaint.

Senior attorney Mukul Rohatgi spoke on behalf of BharatPe at the court, claiming that Grover, his wife, and other family members were waging a “vicious and caustic” campaign against the firm, which has many foreign investors. Grover and his wife were not served with a copy of the lawsuit, according to their attorney. According to a company spokesperson, BharatPe has filed civil and criminal lawsuits against former co-founder and managing director Ashneer Grover, former head of controls Madhuri Jain Grover, and other related parties of their family for a number of reasons, including misappropriation of company funds. “We have complete faith in the legal system and the powers that be, and we are sure that justice will be served. At this time, we are unable to speak further because the matter is still pending “explained the spokeswoman.

With the Economic Offences Wing (EOW), the business filed a criminal complaint against Grover and his family on 17 charges, including criminal breach of trust, forgery, document fabrication, and embezzlement. A forensic audit earlier this year discovered a number of anomalies, leading to Jain’s termination as the head of controls at BharatPe. Ashneer Grover later submitted his resignation as CEO in March.

The company requested? 83 crore for financial misappropriation and? 5 crore for reputational harm brought on by Grover’s public statements in the civil lawsuit. Payments made to vendors who allegedly provided recruitment services totaled? 7.6 crore; payments made against the invoices of nonexistent vendors totaling? 71.7 crore; payments made to GST authorities in the amount of? 1.66 crore; and? 5 crore in damages for damage to the company’s reputation brought on by tweets and other statements made by Grover and his family.

The four-year-old business made news earlier this year after Grover was accused of abusing a Kotak Group employee and threatening them after failing to get himself and his wife Madhuri Jain Grover an allocation and finance for the Nykaa IPO. Following that, BharatPe appointed Alvarez and Marsal, Shardul Amarchand Mangaldas, and PwC to carry out a corporate governance study and find out whether Grover had engaged in deliberate misconduct.

Jain and Grover were fired as a result, and they left the firm and its board in March. On May 10, BharatPe announced that following a thorough investigation, the business has made the decision to discipline any unruly employees and revoke Ashneer Grover’s restricted shares.