Films Like RRR Ought To Be Nominated For Oscar Rather Than Kashmir Files: Anurag Kashyap 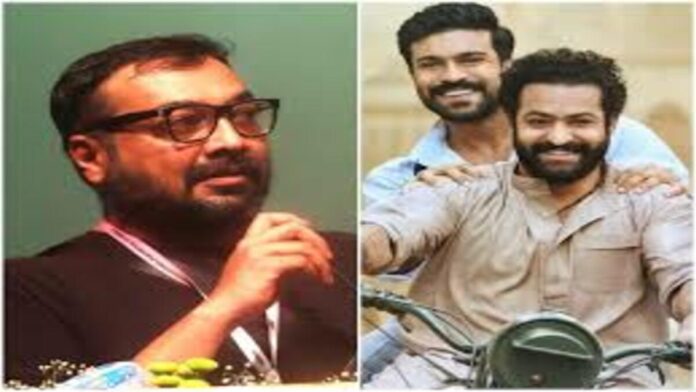 Currently, Taapsee Pannu is promoting Anurag Kashyap’s upcoming movie Do Baara. This week, the futuristic horror movie is anticipated to hit theatres. Prior to that, the director provided honest answers to questions concerning the state of Indian cinema during one of the promotional interviews. He also stated in the same interview that a movie like RRR ought to be nominated for an Oscar rather than a movie like Vivek Agnihotri’s The Kashmir Files.

Vivek Agnihotri, the director of The Kashmir Files, and Kashyap were not pleased with this remark and responded to it on social media. In an interview with Galatta Plus, Anurag Kashyap talked RRR and how the Ram Charan, Junior NTR film is seen in the West. “The West has a different perspective on RRR than we do, and they have always appreciated RRR. RRR has a 99% chance of being selected for India and receiving an Academy Award nomination. That is the effect RRR has had on the Hollywood industry. If we choose the movie RRR, India might actually receive a nomination in the top five. I have no idea which movie will be chosen. Not Kashmir Files, I hope,” he replied.

A somewhat incensed Vivek Agnihotri tweeted a picture of the article comparing RRR and The Kashmir Files after Anurag had mentioned his movie, along with the caption, “IMPORTANT: The vicious, GENOCIDE-DENIER lobby of Bollywood has started their campaign against #TheKashmirFiles for #Oscars, under the leadership of the maker of #Dobaaraa.”

Speaking of The Kashmir Files, it is a fictitious story that examines Kashmir’s problems as well as the famed migration of Kashmiri Hindus in the 1990s.