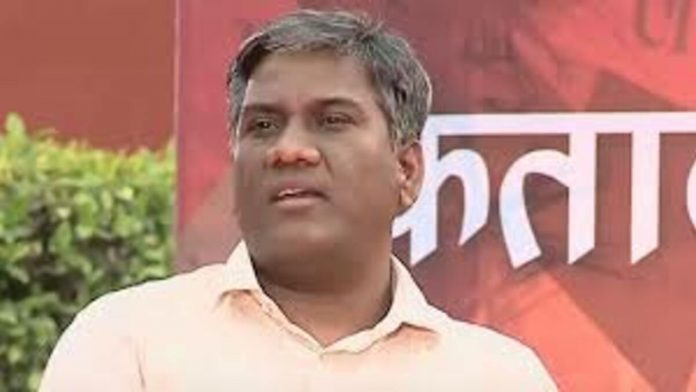 An official with Gujarat police stated that filmmaker Avinash Das was charged with sharing a selfie of Union Home Minister Amit Shah with Jharkhand cadre IAS officer Pooja Singhal, who was recently arrested by the Enforcement Directorate in a money laundering case.

Das (46) published the photo on Twitter on May 8, according to Ahmedabad Police Detection of Crime Branch Inspector H M Vyas.

According to the official, the photo shows Mr Shah with Ms Singhal at a public function five years ago, but Das shared it to tarnish the minister’s reputation.

Das is also accused of insulting the national flag by posting a modified picture of a woman wearing a tricolour on his Facebook account on March 17, according to the official.

For the May 8 Twitter message, Das was charged under IPC 469 (forgery) and section 67 of the IT Act, he claimed. Das has also been charged for the March 17 Facebook post under the Prevention of Insults to National Honour Act and the Information Technology Act, according to the official.

The ED detained Jharkhand mining secretary Singhal on Wednesday in a money laundering case involving alleged MGNREGA funding diversion, and recovered over Rs 18 crore in cash from the home of a chartered accountant reportedly associated to Ms Singhal.

‘Anaarkali of Aarah,’ starring Swara Bhaskar, Sanjay Mishra, and Pankaj Tripathi, was directed by Das in 2017.