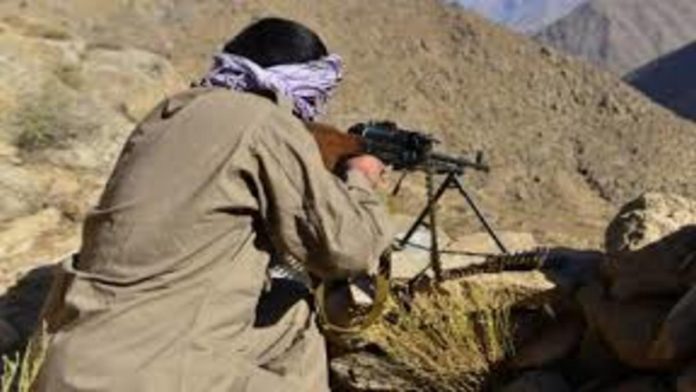 Fighting in Afghanistan’s Panjshir continues even after Taliban asserted that it has taken all control if Afghanistan by controlling Panjshir. However, the opposition fighters have denied this.

The opposition includes former Vice-President Amrullah Saleh, former Afghan security force members and local militias. Both the Taliban and the opposition are asserting that they have got the upper hand.

The former VP has also denied the claims that he had fled and said the situation was “difficult”, media reported.

The opposition is being led by the local tribal leader Ahmad Massoud, whose father successfully battled against the Soviets and Taliban who invaded in 1980s and 1990s respectively.

In a video sent to media, Saleh told that there were casualties at both the sides.

“There is no doubt we are in a difficult situation. We are under invasion by the Taliban,” said Saleh.

Though he also said, “We will not surrender, we are standing for Afghanistan.” He said that he was sharing the video to deny the false reports claiming that he had fled.

The Panjshir valley, north to the capital city Kabul, is one id the smallest provinces and the only to not have fallen to taliban is said to have left hundreds dead during fightings.

The traditional anti-Taliban fortress is shelter for about 150,000 to 200,000 people, and is covered with mountains.

A spokesperson of the National Resistance Front (NRF), Ali Nazari told media that the rivals have left the Taliban on back foot.

“There are well over a few hundred Taliban who are trapped. And they are running out of munitions and they are negotiating terms of surrender right now,” he told.

Claiming the victory in the valley, one Taliban official told media, “By the grace of Allah Almighty, we are in control of the entire Afghanistan. The troublemakers have been defeated and Panjshir is now under our command.”

Meanwhile, UK and the European Union on Friday joined US saying that they will deal with rhe Islamist group but will not consider them Afghanistan’s government.

The EU also said that it will monitor the evacuations in Kabul and make sure that the new Afghan government fulfills it’s promises including safety and human rights.