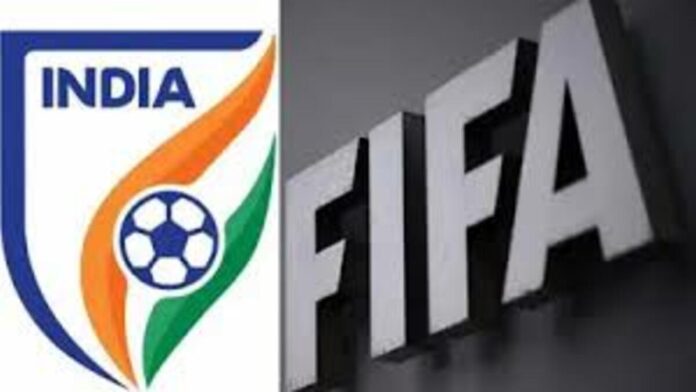 The All India Football Federation (AIFF) was suspended by FIFA on August 15 as a result of improper interference from outside parties, which FIFA describes as a “severe violation of the FIFA Statutes.”

FIFA said in a statement that the suspension would be removed once the order to form a committee of administrators to exercise the authority of the AIFF Executive Committee had been revoked and the AIFF administration had full control over the organization’s daily operations again.

After former director Praful Patel served beyond the term limit, the AIFF encountered issues, and the Supreme Court of India declared it illegal. The SC had appointed a Committee of Administrators (CoA) in May 2022 to oversee the AIFF.

The decision to suspend the AIFF was made at the same time that the Supreme Court of India ordered that the election of the executive committee of the country’s football governing body take place quickly after hearing a petition filed by the Committee of Administrators earlier this month alleging interference from Praful Patel, the former president of the AIFF, and others.

The FIFA Under-17 Women’s World Cup is scheduled to begin on July 21, 2022, and India will serve as the tournament’s host. The Court had taken notice of this information on July 21. FIFA further informed COA that the event should be inaugurated under the democratically elected AFIF.

India’s hopes of hosting the U17 Women’s World Cup in October have also been severely harmed by FIFA’s suspension of AIFF. In a statement, FIFA claimed that India “cannot” now host the competition but added that it is actively pursuing a favourable resolution with the Sports Ministry.

The U17 Women’s World Cup will be held in India from October 11 to October 30. The Covid-19 pandemic forced the postponement of the competition until 2021.

“FIFA is determining the tournament’s next measures and, if and when appropriate, will refer the issue to the Bureau of the Council.

The Ministry of Youth Affairs and Sports in India and FIFA are in regular, productive touch, and FIFA expressed optimism that the matter could still have a favourable outcome.

In addition to the potential loss of the privilege to host the aforementioned competition, India’s national teams won’t be able to compete in international competitions until the suspension is lifted. Additionally, neither the AFC nor FIFA will recognise domestic league games, and Indian teams won’t be allowed to compete in AFC events until FIFA lifts the suspension.