‘Farmers Fight Will Continue,’ Says Satya Pal Malik As MSP Not Being Implemented 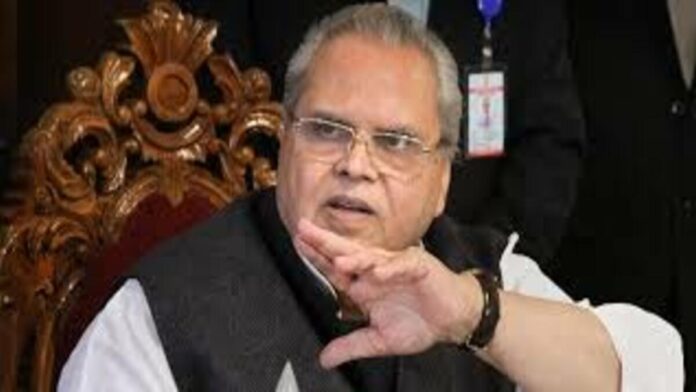 Meghalaya Governor Satya Pal Malik lashed out at the government on Sunday regarding the issue of the implementation and legal guarantee of the Minimum Support Price (MSP) for farmers’ produce, saying that the nation’s farmers could not be defeated and would continue to demonstrate until their demands were met.

Malik remarked, “If MSP is not implemented and legal assurance on MSP is not granted, there will be another conflict and this time it would be a fierce fight,” during a program at a cow refuge in Kira village in Nuh. The country’s farmers are unbeatable. You can’t frighten him; how will you frighten the farmer if you can’t send ED or Income-Tax officers?

The MSP is not being implemented because the Prime Minister is friends with Adani, who recently surpassed Bill Gates as Asia’s richest person in the past five years, he claimed.

“I came into a woman at the Guwahati airport holding a bouquet. We have come on behalf of Adani, she said when I inquired where she was from. What does that mean, I questioned. She claimed that Adani had been given control of this airport. Adani has received airports, ports, and significant projects… We won’t allow that to happen, but aur ek tarah se desh ko bechne ki taiyari hai (and in a way, the preparation is to sell the country)

He claimed that Adani established a sizable warehouse in Panipat and filled it with wheat purchased at a discount. “He’ll sell that wheat when the price of wheat goes up… As a result, farmers will suffer while these PM’s pals prosper. There will be a fight against this, and this will not be permitted, he declared.

Malik has already criticized the government for its response to the farmers’ protest. He claimed that Prime Minister Narendra Modi was haughty when they met to discuss the farmers’ protest on January 3 of this year when speaking at an event in Dadri, Haryana.

Malik stated on Sunday that he had seen the Prime Minister and that he had noticed farmers sitting on Delhi’s boundaries.

I informed the Prime Minister that each of them was the head of 40 villages.

700 farmers perished. When a dog passes away, Delhi sends its condolences. There was no message of sympathy for the farmers.

“I advised him to give them something and settle this since they have been sitting there for a year. He assured me that they would leave and asked why I was worried. He treated it pretty casually. I informed him that you are unfamiliar with them. Later, the laws were abolished, and he also expressed regret.

After his present term is through, he plans to “completely join” in the struggle for farmers’ rights, he stated.

“I want to inform everyone that there will be another farmer protest; when that occurs, put caste differences aside and fight together. Do not assume that Sikhs or Jats are protesting here. If you learn to fight together, no government will be able to defeat you. The farmers are suffering, their crops are becoming more affordable, and irrigation and manure are becoming more expensive, according to Malik. This is a war for every farmer, their farms, produce, and crop prices.