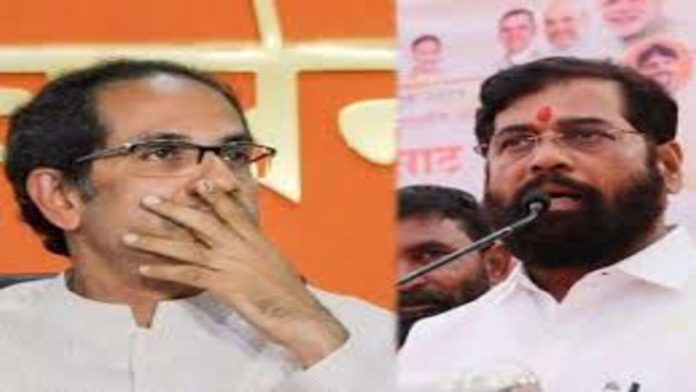 The Shiv Sena faction was reduced after dozens of MLAs stood against Uddhav Thackeray that led to formation of new government led by Eknath Shinde.

If revolted among the MPs, it will be huge loss to Shiv Sena, which currently has 19 members in Lok Sabha and 3 in Rajya Sabha.

After rebel Eknath Shinde’s drive against Uddhav Thackeray last month, ruling Shiv Sena lost its 40 out of 55 MLAs which resulted into power shift in the state.

Last week, Mr Thackeray resigned from his position of Chief Minister and a day later rebel Eknath Shinde joined hands with BJP to form its government in Maharashtra.

In a trust vote of state assembly earlier in the week, Eknath Shinde led faction won 164 votes out of 288 seats assembly, which was way more than the simple majority of 144. However, only 99 votes were received by the Shiv Sena faction led by Uddhav Thackeray.

The newly formed ruling alliance in the state has already appointed a Speaker and a Chief Whip for the Assembly. The Eknath Shinde led government has also appealed to disqualify those MLAs who voted for Uddhav Thackeray during the trust vote.

Meanwhile, even after the revolt of the MLAs, former Chief Minister Uddhav Thackeray is still hoping to have the support of the grassroot-level workers and the people.