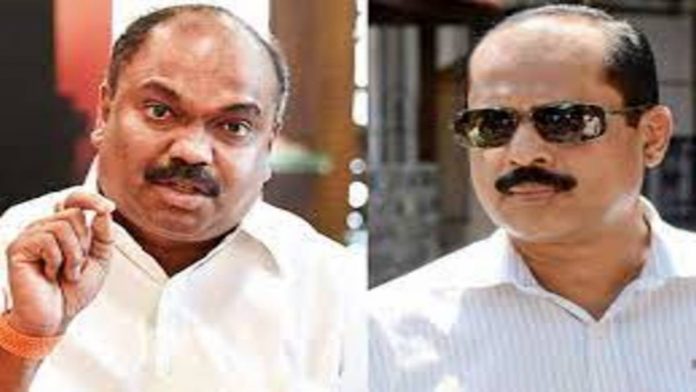 Maharashtra Transport Minister Anil Parab has refuted the allegations levelled against him in a letter written by the suspended Mumbai cop Sachin Vaze after the Ambani security case and suspected Mansukh Hiran’s death case.

In the letter to National Investigation Agency (NIA) Vaze alleged that Anil Parab, the Shiv Sena leader had asked him to extort Rs 2 crore from each contractor linked with BMC and Rs 50 crore from the Saifee Burhani Upliftment Trust (SBUT).

The letter was written on Wednesday and on the same day at evening the Sena leader held a press conference to publically deny the claims made by the Mumbai cop.

“I am Balasaheb Thackeray’s Shiv Sainik…I take an oath in his name, who I treat as my god and swear on my two daughters and say that these allegations are false,” told Parab to media professionals.

Parab also alleged that BJP has drawn up the conspiracy to defame the Maharashtra Chief Minister Uddhav Thackeray.

“This is part of a strategy by the BJP and Vaze allegations are part of all this…To defame the CM, one needs to defame people around the CM, so this is a conspiracy by BJP,” he asserted.

However, the transport minister Anil Parab said that he wants to go under probe and even under a narco test to prove that he innocent. But he will not resign as he has done nothing wrong, said Anil Parab.

He even questioned why his name was not mentioned in the letter written by the former Mumbai Police Commissioner Param Bir Singh and why Sachin Vaze did not complain earlier.

The Maharashtra government is at the focal point of a political tempest over the Ambani bomb alarm case. A week ago, Home Minister Anil Deshmukh left his post after the Bombay High Court ordered a CBI investigation into claims made by Param Bir Singh.