Experts Find Out New Symptoms Of Monkeypox, Here Is The Finding 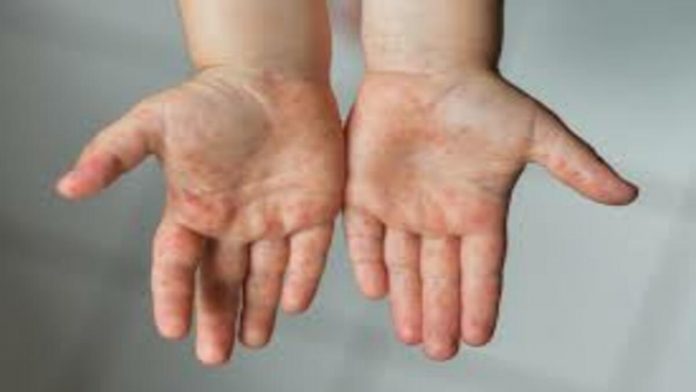 Experts are quite concerned about an unusual increase in monkeypox cases around the world, and they have noted that many are complaining of new symptoms that were not previously documented. The World Health Organization (WHO) warned last week that a public health emergency had already been proclaimed because to the over 18,000 cases that had already been recorded from 78 different countries.

Although the virus has been known since 1958 (the first human case was discovered in 1970), the British Medical Journal noted last week that some observations hint to a “new clinical course to the disease.” “new symptoms, etc.

One of the new clinical presentations discovered was rectal pain. Another was penile oedema, which is a non-painful swelling of the penis.

“A changeable temporal relationship between mucocutaneous and systemic characteristics was found, pointing to a potential change in the disease’s clinical course. Rectal discomfort and penile oedema were two new clinical manifestations of monkeypox infection that were found. To encourage early identification and prevent further transmission, these presentations ought to be incorporated into public health messages “In their analysis, the researchers concluded.

196 of the 197 participants in the study were gay males or people who had sex with men.

Fever, rash, and swollen lymph nodes are the typical signs of monkeypox infection; these symptoms normally continue for two to four weeks.

Monkeypox is “spread to people by direct contact with an infected person or animal, or through anything contaminated with the virus,” according to the World Health Organization “. Although it has not been classified as a sexually transmitted disease, males who have sex with other men account for the majority of reported cases. Earlier this week, the head of the WHO noted the same thing and said, “For guys who have sex with males, this includes, for the moment, lowering your number of sexual partners, contemplating intercourse with new partners, and exchanging contact data with any new partners to enable follow-up if needed.

The WHO chief continued by highlighting how vital it is right now to eradicate all forms of discrimination.

In order to lessen the danger of monkeypox infection and subsequent transmission, to provide care for individuals who have been affected, and to protect human rights and dignity, he also noted, “the focus for all countries must be engaging and strengthening communities of men who have sex with men.”

As we saw with COVID19, misinformation and disinformation can spread rapidly online, so we call on social media platforms, tech companies, and news organizations to work with us to prevent and counter harmful information. “Stigma and discrimination can be as dangerous as any virus, and can fuel the outbreak,” WHO chief added.”