Eminent Editor And Two Time RS Member Passes Away At 65 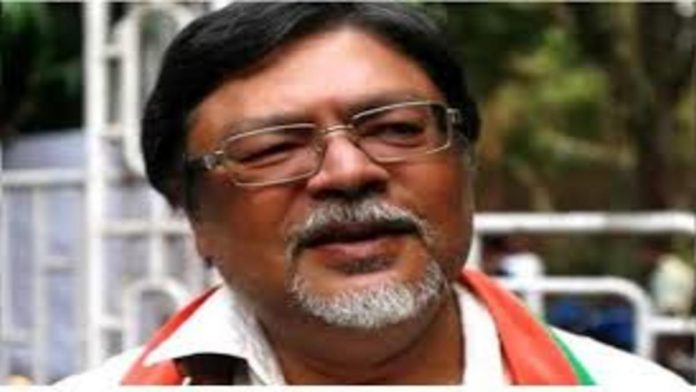 Chandan Mitra, a former Rajya Sabha member and journalist, died Friday night after a long illness. He was 65 years old at the time.

“Dad passed away late last night, as it has already been reported. He’d been in pain for quite some time “Kushan Mitra, his son, tweeted about it.

Chandan Mitra, a two-term member of the Rajya Sabha, resigned as printer and publisher of The Pioneer newspaper in June.

“Shri Chandan Mitra Ji will be remembered for his intellect and insights. He distinguished himself in the world of media as well as politics. Anguished by his demise. Condolences to his family and admirers. Om Shanti,” tweeted PM Modi.

“Deeply saddened by the demise of former Rajya Sabha Member & veteran journalist, Shri Chandan Mitra. He was an erudite &highly respected journalist and parliamentarian. His death is a personal loss to me. Om Shanti!” tweeted Mr Naidu.
Ram Madhav, a prominent member of the Rashtriya Swayamsevak Sangh (RSS), the BJP’s ideological father, recalled the late politician as a good friend and expressed condolences to his family.

Chandan Mitra left the BJP in 2018 to join Mamata Banerjee’s TMC, which he had previously accused of unleashing a “rule of terror” in Bengal. At the time, he told the media that he chose to work for the “betterment” of the state.

Swapan Dasgupta, a BJP official, uploaded a flashback photo of Chandan Mitra, whom he described as his “closest buddy,” taken on a school trip in 1972.

“I lost my closest friend–editor of Pioneer & former MP Chandan Mitra–this morning. We were together as students of La Martiniere & went on to St Stephen’s & Oxford. We joined journalism at the same time & shared the excitement of Ayodhya & the saffron wave,” Mr Dasgupta tweeted.

“I am posting a photograph of Chandan Mitra and me together during a school trip in 1972. Be happy my dear friend wherever you are. Om Shanti,” he added.

Shashi Tharoor, a fellow Stephanian and college senior, recalls Chandan Mitra’s role as his campaign manager during the college election.

“Deeply saddened by this news. Chandan was my campaign manager in my successful race to be President of the St Stephen’s College Union Society, served in my Cabinet & succeeded me. We remained in touch over the years; ironically till I returned to Delhi& politics separated us. RIP,” Mr Tharoor sent out a tweet.