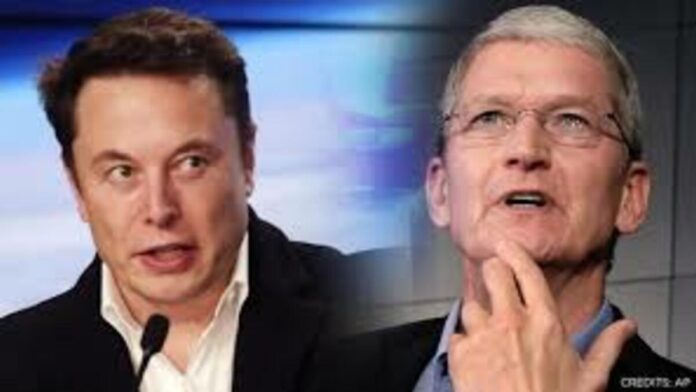 Elon Musk, the new owner of Twitter, is criticising Apple for its tax regulations and Apple App Store standards. The Tesla owner claimed that Apple had removed Twitter from the App Store without providing a reason and added that the corporation had also ceased running advertisements on the social networking site. Musk claims Apple put pressure on Twitter to comply with its demands for content regulation. Many of Musk’s supporters and followers have started a campaign on the website in support of “free speech” as a result of his tweets.

Tweets and Elon Musk’s remarks suggest that the reason Apple is supposedly threatening to “withhold” Twitter from the App Store may be related to the social media platform’s new moderation policy to protect “free expression,” despite the fact that this is yet unknown. Although Apple has not officially confirmed these rumours, it has previously threatened to remove a software from its App Store. For instance, after the early-year rioting at the US Capitol building, it pulled Parler, an alternative to Twitter, from its App Store. After Parler revised its policies regarding content and moderation, the app was once again available in May 2021. Lbry made similar concerns, claiming that Apple instructed them to “limit some search phrases.” The business claimed, “Apple may provide high-quality items, but they have long fought free speech.”

Even though Musk claims that Apple does not wish to support free speech, it is still unclear why the business ceased running advertisements on the platform. According to Reuters, Apple reduced its spending on Twitter advertisements from $220,800 between October 16 and 22—the week before Musk concluded the Twitter deal—to an estimated $131,600 between November 10 and November 16. According to the survey, the top Twitter advertiser in the first quarter of 2022 was the iPhone manufacturer.

Musk is also against the 30% fee that Google and Apple charge for in-app purchases. Twitter intends to launch Twitter Blue for $8 globally. That implies that the business would retain a 30% cut of all subscribers. Musk remarked, “Did you know Apple secretly taxes everything you purchase through their App Store by 30%?”