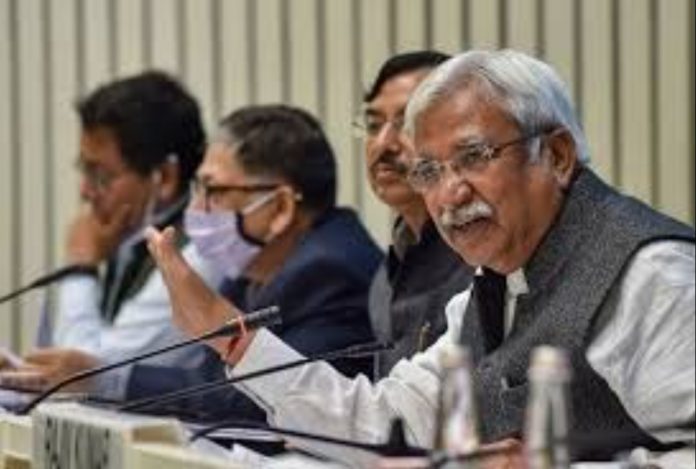 The Election Commission on Thursday has slammed the Trinamool Congress’s allegations after its supremo Mamata Banerjee was attacked during her campaigning in Nandigram on Wednesday.

The Trinamool in its letter to Election Commission, alleged that the attack on West Bengal Chief Minister Mamata Banerjee was because of the expulsion of state’s Director General of Police as the attack took place within the 24 hours of his removal. The letter also alleged that despite being knowing that she may be attacked the election body failed to protect the Chief Minister.

Mamata Banerjee was soon hospitalized after sustaining injuries in her left leg and shoulder. She is still in the hospital complaining of a chest pain.

The TMC also alleges that she was attacked after she filed her nomination for the upcoming state assembly elections starting from March 27. The chief minister was greeting the crowd standing on the footboard of her car when she was attacked by the door crushing her left leg.

The party also called the attack a “deep-rooted conspiracy to take the life” of their supremo and linked it with the removal of supreme police officials by the poll panel.

The Election Commission cannot disregard itself from its responsibility from the incident as it has taken the charge of law and order in the state ahead of polls, said TMC.

Annoying at the allegations made by TMC that the Election Commission had removed the police official on the order of BJP said, “It looks undignified to even respond to the allegations of all this being done at the behest of a particular political party”.

Amounting the allegations for undermining the very foundation of the Constitution of India the election body stressed that the Commission “does not appropriate or take over the day-to-day governance of any state including West Bengal”.

The poll panel called the Trinamool’s allegations “full of insinuations” that questioned the “very basis of creation and functioning of the Election Commission”.

Over allegation of poll violence the Election Commission on Tuesday had removed the state Director-General of Police Virendra and appointed P Nirajnayan at his place.

However, the state BJP is calling the attack fake as the Chief Minister is trying to gain sympathy because she fears that she can lose elections this time.