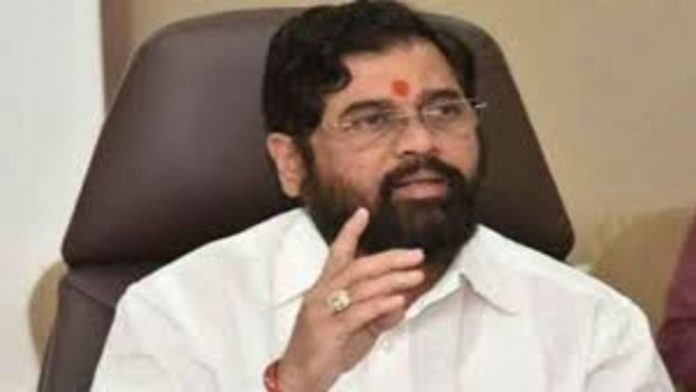 164 MLAs voted in favor of the new Eknath Shinde government in Maharashtra, while 99 MLAs supported the Maha Vikas Aghadi, ensuring its victory in the state assembly’s trust vote on Monday. The MVA received eight less votes than it did the day before in the race for state assembly speaker.

Santosh Bangar, a Marathwada MLA, moved to the Shinde camp in the morning, cutting the Uddhav Thackeray-led Shiv Sena’s numbers to 15. In addition, a number of opposition MLAs, including Congress veterans Ashok Chavan and Vijay Wadettiwar, arrived late and were unable to vote.

The trust received 263 votes in total, 25 fewer than the number of members of the House. Twenty MLAs did not attend the meeting. Eleven of these were from the Congress, six from the NCP (two of whom are in jail), two from the BJP who are ill, and one from AIMIM. Two SP MLAs and one AIMIM MLA did not cast a ballot. Rahul Narwekar of the BJP, who was chosen as speaker, was unable to vote, and one Sena MLA’s term has expired.

Aaditya Thackeray was one of the 15 Sena members who disobeyed the whip to vote against the party line, according to Bharat Gogawale of the Shinde camp, whose nomination as the Shiv Sena chief whip was authorized by assembly speaker Rahul Narwekar on Sunday.

“They were unable to garner even 100 votes. “This is the Shiv Sena-BJP administration that people originally voted for in 2019; we are the real Shiv Sena,” declared chief minister Eknath Shinde. According to him, the government will uphold the Hindutva objectives of Sena founder Bal Thackeray while working to benefit all facets of society. “We won’t reverse every move made by the previous administration out of a desire for vengeance. Only decisions that violate standards or are detrimental to the common good will be reversed.

The legal struggle for control of the Sena’s legislative party will come next. The SC is already debating the appointment of the group leader and chief whip, with the next hearing scheduled for July 11. Before the trust vote, both Uddhav’s camp and Shinde’s side had issued whips urging MLAs to support the party. Both of them call for the exclusion of MLAs from the opposing camp.

Devendra Fadnavis, the deputy chief minister, reported that on Monday, the assembly had approved a motion of confidence in the speaker. “The opposition moved a no confidence resolution against the speaker minutes after he won the election on Sunday. In order to keep him from hearing complaints against Sena MLAs who disobeyed Gogawale’s whip, this was done, according to Fadnavis. No one may file a no-confidence move against him for a year after a vote of confidence has been approved, he continued.

The majority of the MLAs who did not cast a ballot were present in the assembly but were unable to do so because the doors were locked during the voting. Typically, a discussion precedes the vote on trust. This time, the voting happened right away, which is why we were late. No other interpretation should be made of this since we support MVA, according to Congressman Ashok Chavan.

The opposition MLAs were made fun of by Fadnavis for being absent. “I want to thank all of the MLAS, including those who abstained, who voted for us. This was an unseen force that made sure we received a sizable majority, he claimed.

He said, in reference to the jeers he received for declaring “Mee Punha Yein” (I will return) during the 2019 elections, which led to the MVA taking office, that he had returned, but not by himself. Along with me is Eknath Shindeji.

He emphasized the unity of the Sena-BJP alliance by saying, “I would be supporting Eknath Shinde with all of my might. There won’t be a struggle for dominance between us. Fadnavis denied allegations that the BJP had forced Sena MLAs to defect by threatening ED punishment, saying, “It’s true that these guys have come with us because of ED. However, Eknath-Devendra is this ED.

Ajit Pawar of the NCP was chosen by the MVA to serve as the opposition’s assembly leader.