‘Efforts Being Made To Divide Indians,’ Says Amartya Sen Pointing Out At ‘Political Opportunism’ 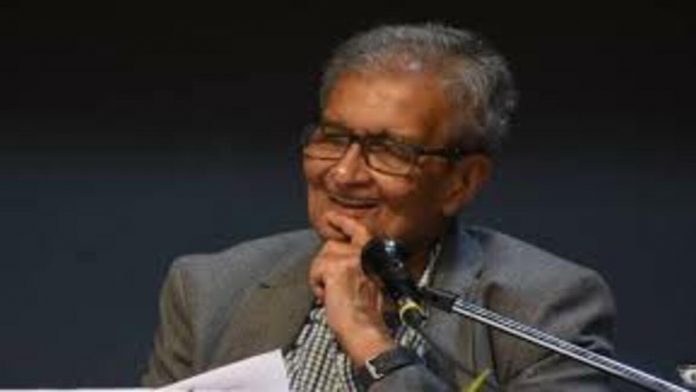 Amartya Sen, a Nobel laureate, stated on Saturday that “political opportunism” is causing a wedge between communities.

Sen bemoaned the fact that, decades after India attained independence, the colonial practice of imprisoning people for political reasons is still in use.

He stated during a virtual address at the centennial commemoration of “Anandabazar Patrika” that “there is an effort to split Indians…create a rift in the coexistence of Hindus and Muslims on account of political opportunism.”

Prafullakumar Sarkar served as the newspaper’s founding editor when the Bengali language daily, one of the biggest in the nation, was first published on March 13, 1922.

The Englishman newspaper initially referred to the publication as “a new Bengali daily… painted (Red) like a danger warning” because to its clear nationalistic bent.

Sen added, “In those early days, “Several persons in the nation at the time (during the pre-independence era), including relatives working for the Anandabazar Patrika, were detained for political reasons. I used to wonder whether people will ever stop being imprisoned without having committed any crimes when I was quite little and visited them in jail.”

The 88-year-old eminent economist remarked, “India later attained independence, but this exercise is still very much in existence.” While independent India had advanced in many ways, he claimed, problems like poverty and health challenges still existed, and the newspaper had been fairly emphasizing these.

There is no question that efforts must be made to follow the righteous road, he continued.

Sen had voiced worry about the situation in India earlier this month and advised people to work to keep their togetherness.

“I believe I would respond “yes” if someone asked if I was afraid of anything. There is now cause for concern. Fear has been caused by the country’s current predicament, “At the Amartya Research Center in Salt Lake’s inauguration in Kolkata, the Nobel laureate made the statement.

The elderly man had also emphasized the significance of maintaining unity in accordance with national customs.

“I desire unification within the nation. I don’t want strife in a historically liberal nation. We need to cooperate, “said he.