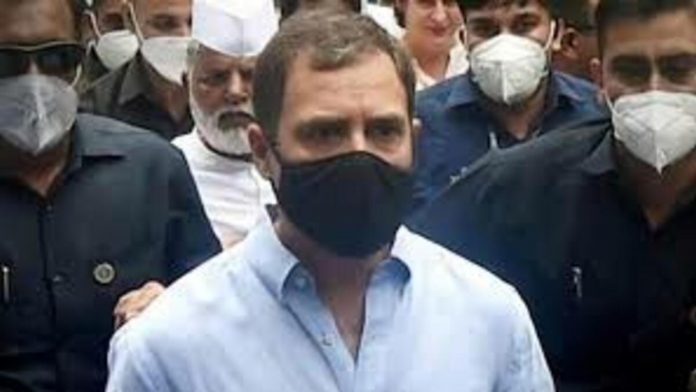 Congress leader Rahul Gandhi was questioned by Enforcement Directorate for more than 10 hours on Monday in alleged National Herald money laundering case. According to the sources, he has been agains summoned by the intelligence agency today.

The ED had sent summon notice to Rahul Gandhi and Congress Chief Sonia Gandhi in the money laundering case filed after a trial court took note of a private complaint against Young Indian Pvt Ltd.

The private complaint had mentioned instances of conspiracy, cheating and criminal breach of trust in the alleged acquisition of Associated Journals Limited — which ran the newspaper by Young India Pvt Ltd.

Meanwhile, the Congress has said that this ongoing questioning is BJP’s “vendetta politics”.

Today, Rahul Gandhi’s questioning started amid the police cracked down over the protesting Congress members.

Congress had planned to hold protest across country outside the ED offices. In Delhi, as per the plan Congress leaders including MPs were set to march with Mr Gandhi to the ED office starting from party office.

But as the Delhi Police had denied for holding protest march on Monday evening, it started taking action against the Congress leaders in early morning.

The police has set barricades outside the ED office to restrict the protesters. However, the top party leaders who accompanied Rahul Gandhi to the office of intelligence agency sat outside the barricades to continue their protest.

Senior Congress leader Randeep Surjewala said, videos of leaders being manhandled by the police are coming out and KC Venugopal was seen carried out physically to the waiting bus. Mr Chidambaram even suffered a rib fracture after Delhi Police pushed him.

Another leader, Pramod Tiwari suffered a head injury after being thrown on the road, said Mr Surjewala.