Since the removal of the police chief, the Trinamool Congress has made no secret of its reservations about the Election Commission. 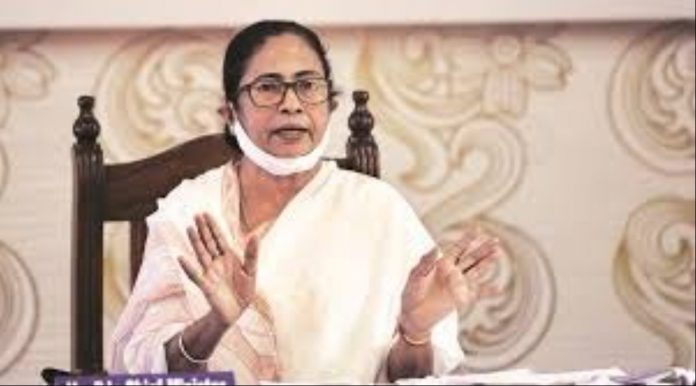 The Election Commission in its response to the statements of West Bengal Chief Minister Mamata Banerjee about the poll body during a rally in Bankura on Tuesday said that her statements seeking meetings are just disparaging it .

This added a little more of bitterness between the state ruling Trinamool Congress and the poll body, which was started after a sudden replacement of state Police Chief at the beginning of this month.

“Notwithstanding the above meetings in Kolkata and in Delhi, if it is stated by honourable CM that the commission should meet political parties, it is only an attempt to belittle the institution of commission with repeated innuendos and averments”, wrote a Deputy Election Commissioner Sudeep Jain in a letter.

Mr jain further wrote that the Commission “maintains the position that they would not like to keep on being put in the dock for alleged proximity to any political entity etc. However, if CM persists in creating and attempting to perpetuate this myth for reasons best known to her, it is singularly unfortunate, and it is only for CM to adjudge as to why she is doing so.”

After the removal of the Police Chief the TMC has not kept any secrets about its doubts in the Commission and even in the rally the Chief Minister Banejee did not cut up her words.

The TMC has been extremely angry over the incident of Nandigram. Its anger has been growing since the refusal of Commission to accept the party’s claim that the incident was a life taking attempt on the Chief Minister.

Mamata Banerjee has made her mind to hit the campaign with her injuries as she says that even the injuries can’t stop her.

In his letter, Mr Jain has also said that the commission has seen the media reports of her rally, where she has again raised the same issues which were mentioned in a letter sent to Commission on March 14.

In the attached report the Commission said, after the Chief Minister got injured, the party held her security in-charge, Mr Vivek Sahay responsible for the incident and had suspended him for the violation of her Z-plus security.

The report also clarified that there was lack of response from her driver and her security in-charge when she was surrounded by the crowd during her campaigning.