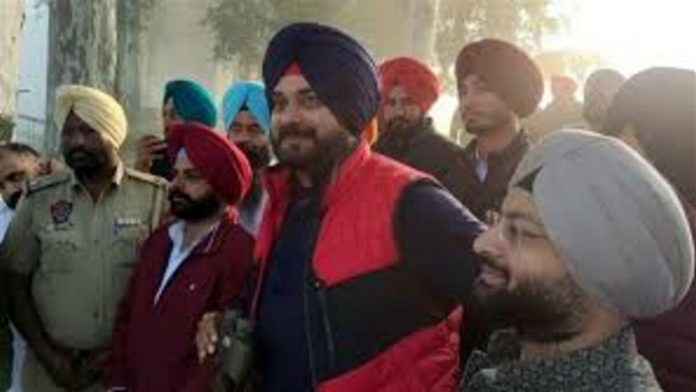 A cup of Rosemary tea in the morning, another of Chamomile tea at bedtime, plenty of fruit and vegetable juices in between, and a single mixed-grain flour chapatti are among the items recommended by a panel of doctors for former Punjab Congress chief Navjot Singh Sidhu, who is serving a year in a Patiala jail for a 1988 road rage case involving a man’s death.

On Friday, the day he surrendered in the 34-year-old case, Sidhu filed an application with the Patiala chief judicial magistrate (CJM) asking permission for a special diet to be made accessible to him from home due to his health issues. CJM Amit Malhan’s court had ordered the formation of a board of doctors at Patiala’s Rajindra Hospital to examine Sidhu and submit a report.

While many people on social media called the diet plan “torturous,” a correctional official described it as a “seven-star hotel menu” meal. “The authorities that served with me had never eaten an avocado, which is one of the fruits specified in the diet plan. “The diet plan is unusual,” the official added, declining to be identified.

“History of Pulmonary Embolism in 2009 needing hospitalisation (no record available) and history of lower leg DVT (deep vein thrombosis) in 2016 while taking warfarine,” the panel of doctors noted (poor compliance). It is currently asymptomatic, according to the report.

The panel identified “pulmonary embolism and left leg DVT (old); hyperhomocysteinimia (a condition in which homocysteine [a kind of amino acid used by the human body to create proteins in the blood] is greater than 15 micromol/L); non-alcoholic steato-hepatitis (NASH); and obesity.”

It was also discovered that the doppler of the left leg revealed recanalized thrombus.

Fibroscan revealed considerable fat in the liver, indicating cirrhosis. However, due to technical issues, the report’s reliability is low.

Sidhu will require a lifelong anti-coagulant.

Folic acid and vitamin B-12 supplements should be continued.

Sidhu should lose weight and eat a diet rich in fibre, low in carbohydrates, and low in fat.

The court noted that the medical officer has the authority to prescribe any special diet, citing rule 814 of chapter 32 of the Punjab Jail Manual. “Since the team of board of doctors has submitted their medical opinion, the Superintendent, Central Jail, Patiala, is to examine the Board of Doctors’ report for administering medicines/special blood thinner diet under the Punjab Jail Manual.”

“In unusual circumstances, if an inmate is facing health complications, the special food is authorised as per medical advise,” Punjab Additional Director General of Police (Jails) Varinder Kumar said. We will follow the Jail Manual’s regulations in this regard.