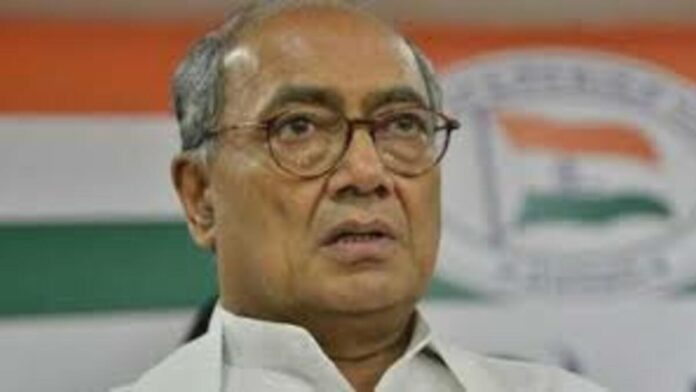 As the party presidential election coming close, the race is getting bigger for the Congress top post everyday. It is the first election in Congress to elect its president in 22 years. However, many leaders from party have already asked to make Rahul Gandhi the Congress President, but the decision to elect non-Gandhi this time has heated up the fight.

Senior Congress leader Shashi Tharoor from Thiruvananthapuram constituency was the first one to decide to contest. Later on, Rajasthan Chief Minister Ashok Gehlot, who is a big loyalist to Congress. But his decision led to an unprecedented rebellion by his loyalists as they started resigning from their posts as they thought Sachin Pilot would be the next Chief Minister.

Now as the race getting turns and twists, another candidate Digvijaya Singh also came out putting new challenges for others in the fight.

Meanwhile, Madhya Pradesh Chief Minister is also likely to file is nomination for the position after he will arrive in Delhi tonight.

Digvijaya Singh, who decided to contest following the Rajasthan crisis is itself a warning sign to Mr Gehlot ro focus on the present election and leave behind his fight with Sachin Pilot.

As per some, Digvijaya Singh has been set up to communicate something specific about the insidious democracy based system inside the party – that anybody can battle a political decision and win. Singh supposedly won’t lobby for this challenge however keep on working for the Bharat Jodo Yatra.

Even after, Congress’ explicit decision that no one from the Gandhi family will contest the party presidential election due on October 17, but there is a growing demand of Priyanka Gandhi Vadra to hold the top post.

Congress MP Abdul Khalik in his statement said, as Priyanka Gandhi Vadra is married and that she is no longer a Gandhi so, she can contest the elections with the eligibility.