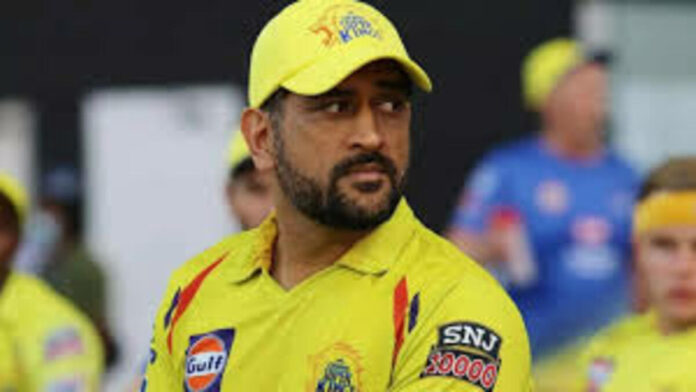 MS Dhoni, the captain of the Chennai Super Kings, caused a commotion when he made a creative on Facebook on September 24 (Saturday) and announced that he will be coming live to share some major news on September 25. (Sunday). His supporters, particularly those from Chennai, believed that the great man was quitting all forms of the game. Dhoni’s only competition, the Indian Premier League, will no longer feature him as a player. Since 2008, the CSK captain has brought home four championships for his team. But happily, Dhoni has once again baffled everyone. Although he debuted a biscuit during a LIVE event, he did not announce his retirement.

All of the hype leading up to the game turned out to be a marketing ploy, and relieved fans blamed Dhoni for making them anxious in the final few minutes by making them believe he would leave the IPL. Look at how the public reacted when MSD released a biscuit following all the fanfare.

Not to mention, Dhoni was questioned about his retirement by a commentator at the conclusion of IPL 2022. He had previously stated that he will return to the Chennai Super Kings for the IPL 2023 season, which he hoped would be played in all cities as in previous years. State associations have been informed by BCCI President Sourav Ganguly that the league will resume its home-and-away structure beginning of the following season. Dhoni will thus be able to participate in at least 7 games at Chepauk.

He had stated that he wanted to express his gratitude to everyone and felt it was appropriate for him to retire in front of the Chennai fans who have shown MSD such a great deal of support over the years.

Dhoni had added that playing in the IPL 2023 in a home-and-away format will enable him to express his gratitude to the supporters even in other places such as Delhi, Hyderabad, and other cities because he has received support from everyone.