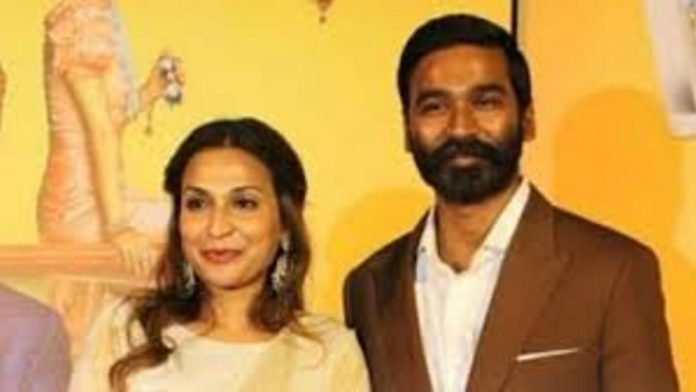 Actor Dhanush K Raja and his wife Aishwaryaa Rajinikanth are no longer together. On Twitter, the ‘Maari’ star confirmed the news. “18 years of togetherness as friends, couple, parents, and well-wishers to one another,” he added. Growth, comprehending, adjusting, and adapting have all been part of the journey… We’ve arrived at a point where our paths diverge… Aishwaryaa and I have decided to separate as a relationship in order to better understand ourselves as individuals.

Please do Respect our decision and give us the needed privacy to deal with this. Om Namashivaaya!
Spread love, D.”

Aishwaryaa also shared the statement on her Instagram and concluded it by adding, “Much love always to you all 🙂 God speed. Aishwaryaa Rajinikanth.” Alongside the post, she wrote, “No caption needed…only your understanding n your love necessary!”

On November 18, 2004, Dhanush married Aishwaryaa, superstar Rajinikanth’s eldest daughter. Yatra and Linga, their two kids, were born in 2006 and 2010, respectively.

Dhanush worked in Aishwaryaa’s directorial debut ‘3’ and the song ‘Kolaveri Di’ from the film became an instant hit.