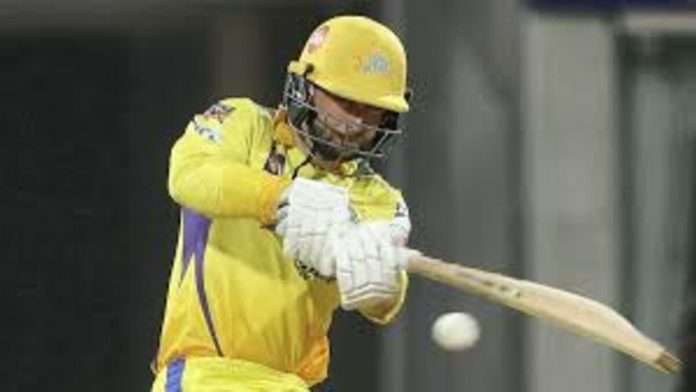 Devon Conway appeared in great form heading into the IPL 2022 match against arch-rivals Mumbai Indians, having scored three half-centuries in a row. The New Zealand batsman would have hoped to keep up his impressive form with with another big hit. That was not to be, as his time at the crease was cut short by a golden duck.

Conway’s time at the crease may have been extended, but a power outage at the venue forced him to take a long walk back to the dugout without bothering the scorers. That wicket was also the turning point for CSK, as they lost half their side in the Powerplay. In reality, it didn’t appear to be visible to the human eye, and the ball appeared to be missing the stumps.

Mumbai skipper Rohit Sharma called it right at the toss and ordered the reigning champions to bat first. Chennai, on the other hand, had a dreadful start to the game on the very first delivery. After Devon Conway was caught plumb in front of the wicket, Daniel Sams’ ball on the middle stump appeared to miss the stumps.

Nonetheless, he wanted the decision reviewed, but due to an unfortunate turn of circumstances, he was unable to do so because the DRS facility was unavailable at the time due to Wankhede Stadium’s power problems.

While MI breathed a sigh of relief and rejoiced, the CSK camp was stunned by what had happened. Just as the champions were settling in, Sams took down Moeen Ali in the next over. They were subsequently reduced to 39/6 after losing all of their frontline batsmen.

The onus was then on MS Dhoni to steer the squad into more secure seas. However, the tail did not wag with him, and they were bowled out for 97 runs in 16 overs. With four fours and two sixes in 36 balls, Dhoni stayed undefeated.