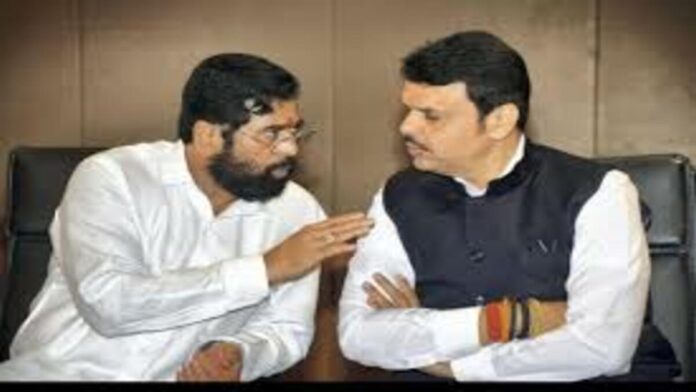 Devendra Fadnavis, the leader of the Bharatiya Janata Party (BJP), reluctantly accepted the position of deputy chief minister of Maharashtra, but was forced to do so by Prime Minister Narendra Modi and BJP chairman J P Nadda.

“We required a representative in government who was familiar with the state and administration inside and out. That is why Fadnavis was asked to take on the duties of the deputy chief minister of the state, according to a senior official who, by virtue of his position, was involved in the formation of the government at the time.

Fast-forward to Sunday, when the Shinde cabinet’s ministries were revealed.

Senior party leaders claimed that the portfolio distribution explains why Fadnavis was asked to take on the role of Deputy CM. The goal, according to sources, is to maintain an administration devoid of corruption for the remainder of the term.

The two ministers of the Uddhav Thackeray-led Maharashtra Vikas Aghadi (MVA) administration were jailed on corruption-related allegations, which had the BJP on the government’s toes. Sanjay Raut, the leader of the Shiv Sena, was later detained on suspicion of money laundering as well.

According to sources, the high command has made it plain that there should be no allegations of corruption and that the new alliance should present the state with a clean government.

Because of this, the party installed Fadnavis as governor to make sure the state functions properly.

The deputy CM will also be in charge of keeping the state’s finances in order and upholding peace and order.

Portfolios have been assigned to 10 BJP and 10 Shinde camp ministers. According to sources within the party, the government took its time considering each ministry or department it assigned to the ministers as the opposition continued to put pressure on it to delay the announcement of the portfolios.

“There were extensive negotiations with the directive that the government should not be tarnished. Sensitive departments entered the BJP’s coffers. The distribution of portfolios was delayed, but following the release, there is a general consensus that the allocation was thoughtful and reasonable. A senior party leader stated, “It appears that Fadnavis will be in charge.”

Many people in the state think that the distribution was carried out with a clear understanding of the job assigned to each leader. According to sources, Shinde needs time to network, be approachable, and build his support base within the party. While Fadnavis is expected to handle the administrative tasks, he needs to be more active among the party cadre and the general public.

“There are numerous projects for the federal government that need to be finished, as well as numerous important political choices. Numerous concerns must also be resolved from an industrial and investment standpoint, according to a source.