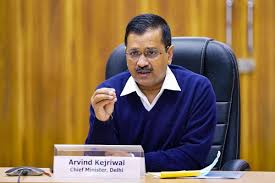 This ambitious project of EV policy was launched by Delhi government in August last year with a target of achieving 25% EV vehicles in Delhi by 2024.

‘Switch Delhi’ is an awareness campaign also as it aims to aware every citizen about the benefits of EV Vehicles for the environment and also about the initiatives and infrastructure development goals of the campaign.

The Chief Minister said that the campaign not only aims but will encourage people to switch to zero-emission EVs from polluting vehicles and also said that “the Delhi government has decided that all hired cars being engaged by various departments of the Delhi government will transition to EVs within the next six months.”

“The Delhi Electric Vehicle Policy has been called the most progressive EV policy in India and among the best globally. The Delhi government has rolled out the highest incentives on the purchase of EVs among all Indian states, which range from a maximum of Rs 30,000 for two and three-wheelers and up to Rs 1.5 lakh on the purchase of four-wheelers, which is transferred directly to the buyer’s bank account within three days of the purchase,” said Kejriwal.

“We have made road tax and registration fees also completely free on EVs. Since EVs cannot run on petrol, we are issuing tenders to develop 100 public charging stations spread across the length and breadth of Delhi,” he added.

“I appeal to each and every vehicle owner in Delhi to switch from polluting vehicles to zero-emission electric vehicles, I appeal to the youth to let their first vehicle purchase be an electric vehicle,” Kejriwal appealed for the better implementation of the scheme.