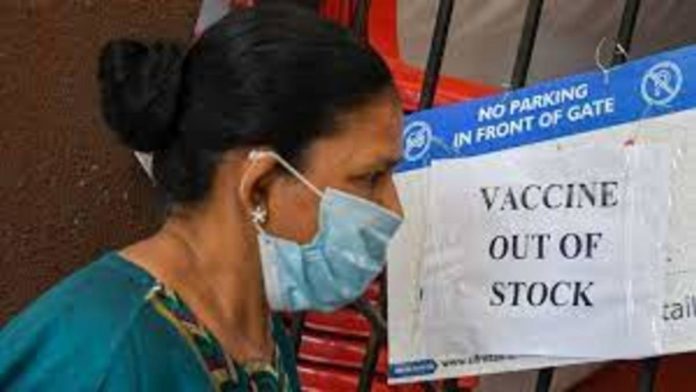 Deputy Chief Minister Manish Sisodia announced on Monday that several government-run vaccination centres in Delhi will be closed on Tuesday due to a shortage of Covishield COVID-19 vaccine.

Only 36,310 vaccination doses could be provided in Delhi until 10 p.m. on Monday, compared to an average of 1.5 lakh daily vaccine doses previously.

Mr Sisodia posted on Twitter, sharing a news on the vaccine shortfall, “Vaccines have run out in Delhi again. The central government gives vaccines for a day or two, then we have to keep the vaccine centres closed for several days. Why is our country’s vaccine programme faltering even after so many days?”

Since the new phase of universalisation of COVID-19 vaccination began on June 21, under which the centre is giving vaccinations free-of-charge to all states, Delhi has frequently addressed the issue of vaccine dose shortages, with multiple different centres remaining closed for days on end.

Since June 21, the average daily inoculation against coronavirus has decreased across the country, according to official data released on Monday.

Vaccine shortages have also been mentioned in some states, such as Maharashtra.

The Health Ministry, on the other hand, stated that approximately 1.54 crore COVID-19 vaccine doses are still available with states, union territories, and private hospitals.

The total number of vaccine doses provided in India under the state-wide vaccination campaign has now reached 37.73 crore.

By the end of this year, the centre hopes to have vaccinated the entire adult population of India.

Today in the national capital, 45 COVID-19 cases were reported, the lowest single-day increase in almost a year, and three people died, with a positivity rate of 0.08 percent, a health department bulletin said.

On Monday, the Indian Medical Association urged the central and state governments to maintain vigilance on the Covid front, warning that a third wave was on the way. The impact of the third wave can be reduced by achieving universal immunisation and adopting Covid-appropriate behaviour, according to the report.