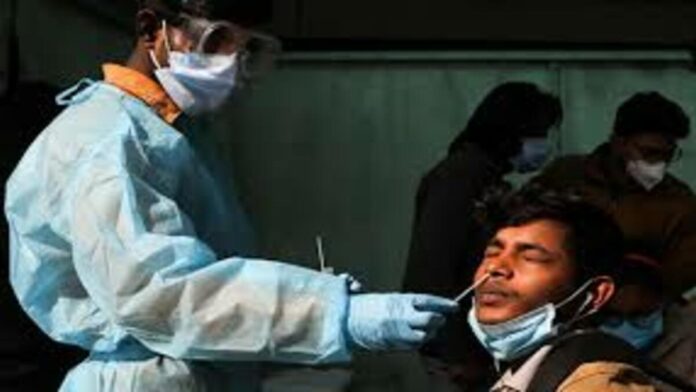 The health department reported on Tuesday that Delhi’s Covid-19 positive rate has increased to 19.20 percent.

Today witnessed 917 Covid-19 cases in the nation’s capital, along with three fatalities, bringing the overall number of cases and fatalities to 19,86,739 and 26,392, respectively.

With a positive rate of 14.57 percent on Monday, the city recorded 1,227 cases, while eight additional people passed away as a result of the illness.

Prior to this, the city recorded more than 2,000 instances every day for a period of 12 days. The high death rate, however, is more worrisome.

There were five fatalities and 2,162 cases reported in Delhi on Sunday, with a positive rate of 12.64 percent.

On Saturday, it recorded 2,031 cases with a positive rate of 12.34%, nine deaths attributable to Covid-19, and nine deaths overall.

There were 10 deaths on Friday, the most in the previous six months, and there were 2,136 cases with a positive rate of 15.02 percent.

The viral sickness claimed six lives in Delhi on Thursday, with 2,726 new cases being registered, the highest number in nearly six and a half months. The positive rate was 14.38 percent.

The pandemic is far from ended, according to Delhi Lieutenant Governor VK Saxena earlier in the day. He also urged people to behave in a Covid-appropriate manner.

“There has been an increase in COVID-19 infections, as well as occurrences of reinfection. We must acknowledge that the pandemic is far from over. I kindly ask everyone to strictly follow COVID Appropriate Behaviour. We cannot allow our guard to drop “In a tweet, Saxena stated.

Each team will consist of six people from several departmental branches, according the order given by the revenue department.

Shimray A. Bellrose, SDM (headquarters), will be in charge of these teams.