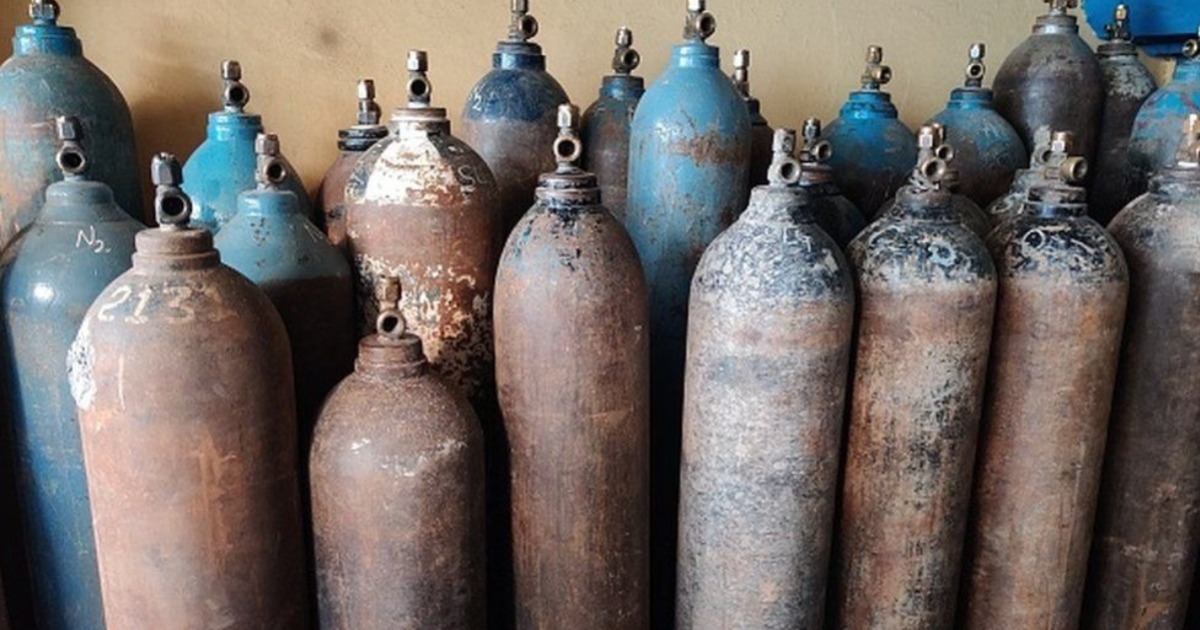 48 cylinders of oxygen have been seized from an house in Delhi on Friday when the county is gasping for oxygen amid the shortage.

The house was raided by a team of Delhi Police in the south-west area of the city. The team has recovered 32 big and 16 small oxygen cylinders.

The police has arrested the house owner named Anil Kumar, who claimed that he has a business of industrial oxygen. However, he could not show his business license when asked to produce, said the police.

The arrested accused used to sell a small cylinder at ₹ 12,500 after transferring oxygen from the bigger cylinders.

As per the court orders the recovered cylinders will be given to the needy ones on Saturday, the police said.

India is trying hurriedly to transfer large quantities of oxygen through air, train and by road to the hospital across the country.

The Defence Ministry on Friday announced that it is important 23 oxygen generation plants from Germany amid huge shortage of oxygen in the country.

The country is hard hit by the second wave of pandemic as the daily high surge in cases has made hospitals run out of all Covid resources from — beds, oxygen, medicines.

At its consistency highest record everyday India on Saturday recorded a tally of 3.46 lakh fresh cases with a high death toll of 2,624.