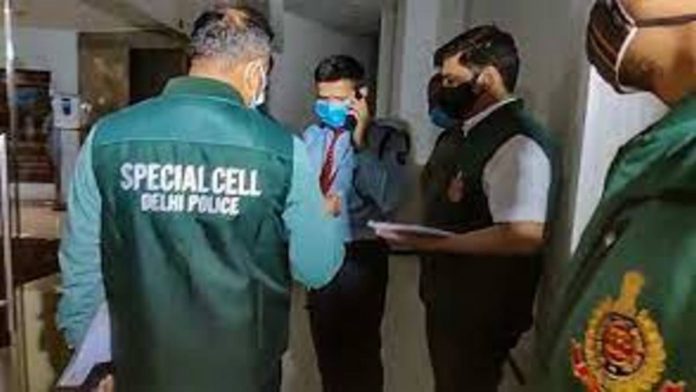 After a massive row at the BJP leader Sambit Patra’s tweet over an alleged “Congress toolkit” a team of Delhi Police on Monday evening reached at the offices of Twitter India after serving a notice to the social media giant. Twitter has marked the tweet as ‘manipulated media’ following the controversy.

The team of police went at the offices of Twitter India in Gurgaon and South Delhi to hand over the notice after facing “ambiguous” replies by the company. Defending the move, the government scrutinized the “hue and cry” over it, saying this was a third notice to Twitter.

“Instead of cooperating with law enforcement, Twitter has tried to play victim by mischievously overplaying a routine procedure this time,” said sources from the government.

The visit “was necessitated as we wanted to ascertain who is the right person to serve a notice, as replies by Twitter India Managing Director have been very ambiguous,” the Delhi Police said.

The offices were shut as most of employees are working from home due to the pandemic but the police found an employee from whom they asked the names of top officials.

The case includes BJP representative Sambit Patra’s tweet on May 18, shared by several other members of the saffron party, which had snapshots of what he called a “Congress toolkit” pointed toward defaming Prime Minister Narendra Modi and the Centre’s handling of the pandemic. The Congress wrote to Twitter saying the asserted “toolkit” was fake and forged letterheads had been utilized in snapshots for sharing. The opposition additionally said it had lodged FIRs against BJP leaders who had shared the snapshots.

On Monday, the Delhi Police had also asked for a clarification from Twitter by sending a notice.

“Delhi Police is inquiring into a complaint in which a clarification is sought from the Twitter regarding the classification of a tweet by Sambit Patra as ‘manipulative’. It appears that Twitter has some information which is not known to us, on the basis of which they have classified it as such. This information is relevant to the enquiry. Special Cell which is conducting the enquiry wants to find out the truth. Twitter, which has claimed to know the underlying truth, should clarify,” stated the spokesperson of Delhi Police.

The toolkit is alleged of asking the Congress party members to purportedly use “dramatic pictures of the funerals and dead bodies” saying “PM Modi’s approval ratings have been high and have not dipped despite the crisis and mismanagement”. The toolkit also carries a Congress symbol at the corner of it.

But the Congress has categorically denied the allegation and said that the All India Congress Committee (AICC) had researched about the document in which it was found to be forged.