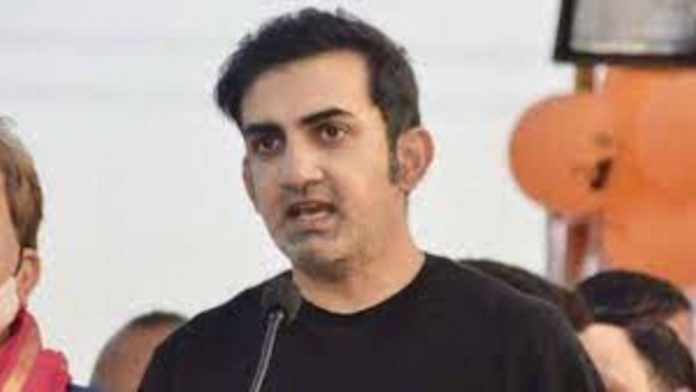 After questioning the Youth Congress Chief Srinivas BV the Delhi Police on Friday evening asked for a response from BJP MP Gautam Gambhir over the reports of Covid antiviral drug Fabiflu being distributed from his office. Mr Srinivas was also questioned over the Covid relief activities being carried out by his team.

Speaking to the media over the actions by Delhi Police the BJP MP said, “We have provided all details. I will keep serving Delhi and its people to the best of my abilities always.”

Besides these two the Delhi Police has also questioned the BJP spokesperson Harish Khurana for the same reasons.

The reason behind these questioning is that the how come these politicians are able to provide the material which is in short supply and high demand.

In one of his tweets on April 25, Gautam Gambhir had said that his office would give Fabiflu to as many as people as they can. He had also wrote that the distribution would take place between 10 am to 4 pm everyday at free of cost.

The cricketer turned parliamentarian also urged that those who want Fabiflu will have to bring their Aadhar card and doctor’s prescription.

Many political leaders including Durgesh Pathak of AAP and Pawan Khera of Congress had questioned how Mr Gambhir has managed to distribute the antiviral drug which is high shortage.

“Is the shortage of Fabiflu at chemists’ shops due to such unauthorised procurement/distribution?” asked Pawan Khera in a tweet.