Several other politicians including the Prime Minister Narendra Modi and President Ram Nath Kovind have also condemned the Delhi Violence calling it the "insult of Tricolour". 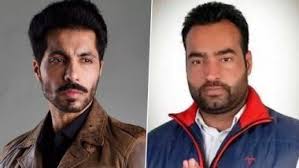 A couple of teams from Delhi Police are investigating the remarkable Republic Day violence erupted from farmers’ tractor rally is now searching those who were behind the hoisting of a Sikh religious flag on the iconic Mughal era Red Fort. The teams involved in the investigation are from Delhi police’s special cell or anti-terror unit and they are going through video footages of the violence at the iconic fort an mobile scanning to identify who hoisted the flag on the fort.

However, the rally went good-for-nothing as the protests are still going and no obligations have figured out.

A Punjab actor Deep Sidhu who is accused of the mastermind behind the Republic Day violence by the farmers. Some farmer leaders including actor Sidhu have been named under 25 plus cases filed against the violence. A special team of police is investing these cases filed after the violence.

Orders have been issued to look out for all those whose names are under the cases filed by the police and their passports will also be seized so that they cannot travel abroad.

A special cell of Delhi police is looking for two majorly accused behind the violence that are actor Deep Sidhu and another is Lekha Sidhana. The police has asserted that the Sidhu will be questioned soon.

“If I’m being labeled a gaddar (traitor), then all farmer leaders are gaddars. If you claim lakhs of people were instigated by me, what kind of leaders are you? Will an RSS-BJP person put the Nishan Sahib flag on Red Fort? You are calling lakhs of farmers gaddars,” Deep Sidhu said in Punjabi in a video posted by him on his Facebook and he has also accused farmer leaders for “back-tracking”.

A US based organization, Sikhs For Justice (SFJ) was named in a case filed under the Unlawful Activities (Prevention) Act (UAPA), sedition and some other sections of the law. The union had given the call to hoist the flag on the fort and also announced a reward for hoisting the flag, the Delhi Police told as per its investigation.

“Action should be taken against all of those who instigated others. India won’t tolerate the manner in which the Tricolour was insulted at the Red Fort,” said Union minister Prakash Javadekar. Accusing the Congress of instigating the farmers, he said, “The Congress wants to create a situation of unrest in the country.”

Several other politicians including the Prime Minister Narendra Modi and President Ram Nath Kovind have also condemned the Delhi Violence calling it the “insult of Tricolour”.