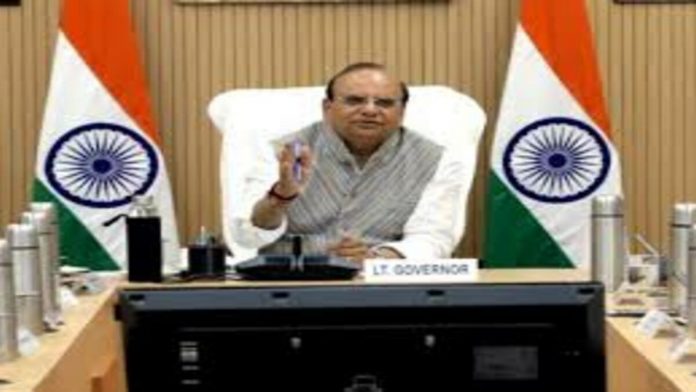 The nine retired officials’ pensions, including those of a chief engineer, superintendent engineer, executive engineer, and other staff members from the finance and accounts divisions, have also been permanently withdrawn by the L-G, who now serves as the DDA chairman. Although the agency had proposed 25% of their pension, the lieutenant governor also ordered to “permanently withhold the whole pension benefits” of these retired officials due to their “severe misbehaviour and loss to the exchequer.”

The case, which was reported in 2013, relates to cash theft and violations of the CPWD Works Manual, GFR, and codal formalities involving the improvement and beautifying of Coronation Park at Kingsway Camp. M/s Ajab Singh & Co. received the job in 2013 at a tender price of Rs 14.24 crore. At Narela and Dhirpur, however, additional work worth Rs 114.83 crore was completed without any penalties or new bids.

In flagrant violation of the law, the project’s initial cost increased from Rs 14.24 crore to Rs 28.36 crore, and it diverted from its intended location with extra work costing Rs 114.83 crore without a sanctioned estimate, resulting in a total payment to the agency of Rs 142.08 crore. This anomaly was called up by CAG in its report from 2016 signifying potential cooperation between the contractor and officials where established protocols were broken to the contractor’s benefit in lieu of potential commissions.

“Given what has been said thus far, I am of the considered opinion that the entire series of events constitutes a criminal breach of trust, and the possibility of corruption cannot be completely ruled out. Therefore, it is mandated to file a police report in this case within 15 days against all parties involved, including the current supervisory officers, Sh. Abhai Kumar Sinha, EM, and Sh. Venkatesh Mohan, EM, DDA. In order to prevent similar occurrences from happening again in the future, a foolproof system for efficient monitoring and an internal audit mechanism should also be put in place. a report that must be delivered for my review within 15 days.

According to sources, the then-chief engineer (north zone) gave his approval for the execution of the additional work in issue on the day of his retirement, or 31.10.2014. Without conducting new tenders as required, the then-member (engineering) of DDA gave in-principle approval for the completion of additional work totaling Rs 114. 83 crore. In addition, DDA officials from the accounts and finance department released payments by misappropriating money from other heads, in violation of protocol.