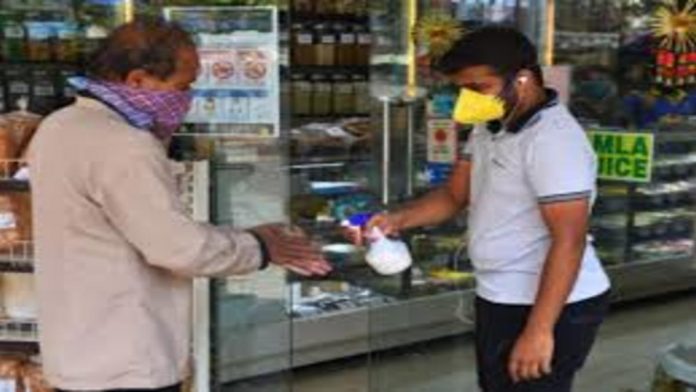 The official data of Health Ministry on Monday showed that some states — Gujarat, Maharashtra, Delhi have started showing early signs of decreaing daily Covid-19 cases after a month of registering daily high cases. However, the data also showed that states like Tamil Nadu, Sikkim, Bihar, Tripura, West Bengal and Rajasthan will be on increasing trend in daily new infections.

The other states that are in line with the states that are showing a similar trend of plateauing daily cases include Chhattisgarh, Daman and Diu, Jharkhand, Uttarakhand, Ladakh, Gujarat, Lakshadweep, Uttar Pradesh, Maharashtra, Madhya Pradesh, Punjab, Telangana and Delhi.

Addressing a news briefing the Union Health Ministry Joint Secretary Lav Agarwal said that a positivity can also be seen in the recovery rate as on May 2 the recovery rate was 76 but on May 3 it rose to 82 which is a positive sign. These are the early signs on which the government needs to focus upon, he said.

“However, these are very early signals and this is too early to analyse the situation. It is important to have continued efforts of containment at district and state level so that we can preserve these gains and reduce cases further,” said the joint secretary.

Speaking on the worrying increasing trend in daily cases in some states the Health Ministry asked them to take all necessary measures to curb the virus.

“Today, it is important to analyse the cases at micro-level and continue with the efforts in the areas from where the cases are being reported,” He further said.

He also told that to overcome the high shortage of medical oxygen the government is checking the possibility of converting existing nitrogen plant to generate oxygen.

India on Monday recorded a record of 3.68 lakh cases taking country’s total tally to 1,9925,604 cases. The Monday spike was a slight lower than in daily spikes. While the total fatalites reported in last 24 hours stood at 3,417 which took the total death toll to 2,18,959.