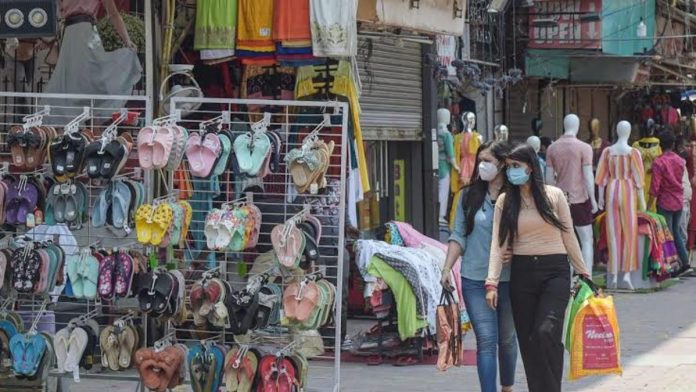 On Tuesday, the Delhi government decided to trigger the Graded Response Action Plan (GRAP”Level-1″ )’s warning. The move was made because the city’s Covid-19 positive rate had crossed 0.5 in 48 hours, according to Delhi Chief Minister Arvind Kejriwal, who announced the new curbs.

Cinemas and multiplexes have also been ordered to close, and the metro will only be able to operate at half capacity.

‘Businesses will suffer 60-70 per cent losses’
The government’s decision to activate GRAP has been a major setback for the 156 retailers at Khan Market.

According to Sanjiv Mehra, president of the Khan Market Association, the odd-even plan would have a significant influence on the market “Businesses will suffer as a result of the move because customers will be greatly confused. They will have no idea which stores will open and which will remain closed. As a result, many people will refuse to leave their houses, resulting in a drop in overall sales.”

Sanjiv Mehra also expressed dissatisfaction with the government’s lack of consultation with traders before to making the decision.

He said, “As always, the government did not consult the trading community before taking a decision. Implementation of odd-even is not easy. How will the government implement the scheme in areas like Kashmiri gate and Chawdi Bazaar where one building has many shops?”

“Moreover, everyone in the trading community was looking forward to this festive season to recover previous losses,” he added.

Meanwhile, the Confederation of All India Traders (CAIT)categorised the government’s move as absurd.

The CAIT stated that while the increased number of Omicrons cases is concerning, imposing odd-even in Delhi marketplaces is a ridiculous idea. The government’s action, according to the organisation, will not diminish the rising number of Covid-19 cases, but would cause complications for traders and buyers.

“Rather than operating markets on complete lockdown or an odd-even system, the Delhi government must come up with ways and means to encourage and incentivize people to embrace the Covid safety protocol,” CAIT Secretary General Praveen Khandelwal said.

Atul Bhargava, head of the New Delhi Traders Association, said of the rising losses, “Businesses will lose 60-70 percent of their revenue. The fact that shops will only be open for 15 days per month will result in a total loss of 50%. Customers will be afraid to leave their stores, resulting in a 20% loss for shopkeepers.”

“Both December 31 and January 1 are odd days. There are also days when traditionally sales used to shoot up, but now every shopkeeper whose shop number is odd will sit at home that day,” Atul said.

‘Customers don’t know shops by numbers’
While the issue for associations is informing retailers and enforcing the laws, others, such as cafe and bookstore proprietors, are stumped as to how to tell clients when they will open.

Cafe Turtle’s director, Priyanka Malhotra, said, “We recognise that preventative steps are essential in the case of the government’s odd and even statute. We are, however, sceptical about its efficacy and applicability. Customers recognise stores by their names rather than by their numbers. Perhaps a more standardised protocol would be more effective.”

“While this is bad for business, we must not forget the catastrophic aftermath of the Delta wave. We need a plan in place that is easy for shop owners to implement, for employees to follow and for customers to adopt.”

Priyanka is also looking into how she can reach out to her clients and let them know when the bookshop will be open.